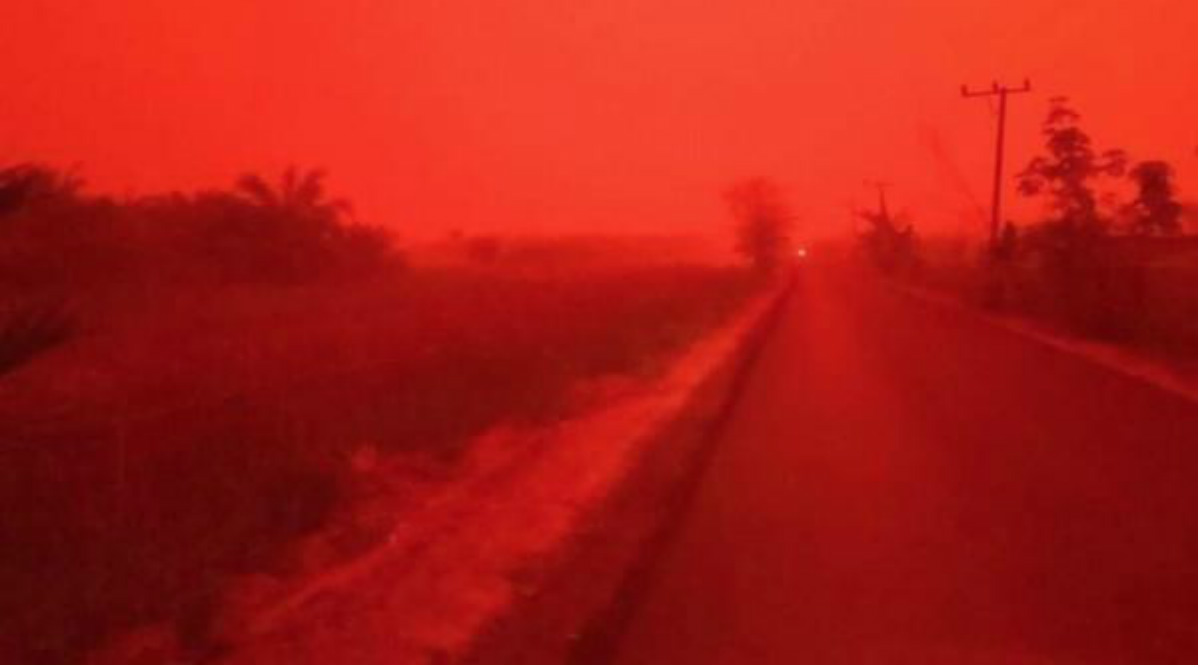 Jakarta, December 11: Forest fires that raged across Indonesia dented Southeast Asia's biggest economy to the tune of some $5.2 billion, the World Bank said Wednesday, not including the health impacts from the toxic haze that sent air quality plummeting.

The fires are an annual problem but this year was the worst since 2015 due to dry weather, with 942,000 hectares (2.3 million acres) of land, mostly on Sumatra and Borneo islands, razed by the out-of-control blazes. Indonesian Forest Fires Putting 10 Million Children at Risk: UN.

Authorities deployed tens of thousands of personnel and water-bombing aircraft to tackle the slash-and-burn blazes set to clear agricultural land, including on palm oil and pulp plantations.

On Wednesday, the World Bank said the economy took a hit of some $5.2 billion, equal to about 0.5 percent of gross domestic product.

That included $157 million in direct damage and another $5 billion from losses in the agriculture, industry, trade, tourism, transportation and environmental sectors, according to the Washington-based bank.

A dozen airports and hundreds of schools in Indonesia -- as well as neighbouring Malaysia and Singapore -- closed temporarily, while more than 900,000 people reported respiratory illnesses, it said.

"The agriculture and environmental sectors make up over half of the estimated loss, because fires damaged valuable estate crops and released significant greenhouse gas emissions to the atmosphere," the bank said in its Indonesia Economic Quarterly report.

Many fires were on swampy, carbon-rich peatlands which become highly flammable when they are drained of water to grow crops.

Indonesia's 2019 fires were estimated to have produced almost double the emissions caused by blazes in the Brazilian Amazon this year.

The World Bank's cost estimate doesn't include longer-term effects of repeated exposure to haze, such acute respiratory illnesses, or lost school time after students and teachers were advised to stay home, it added.

The United Nations has warned that Indonesia's forest fires put nearly 10 million children at risk, as they released vast amounts of greenhouse gases that contribute to global warming.

Last year, Indonesia issued a moratorium on new forest clearance for palm oil plantations, to reduce the outbreak of fires.