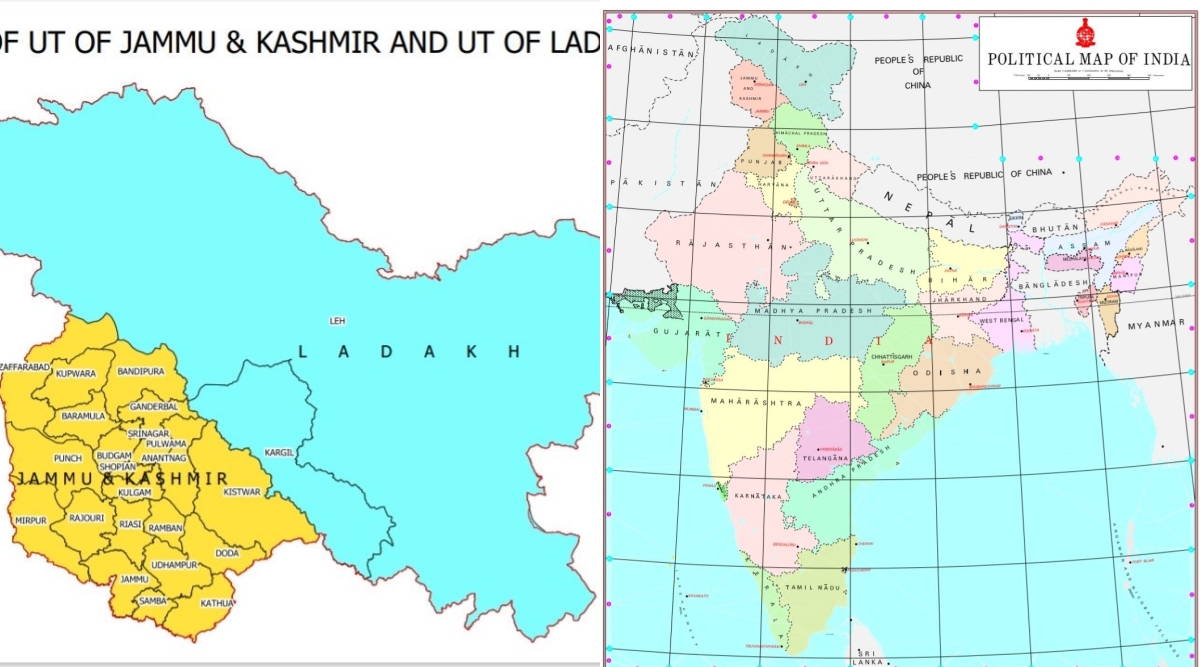 Jammu Kashmir and Ladakh, with the map of India (Photo Credits: @PIBHomeAffairs)

In a statement, the Foreign Office said: "Pakistan rejects these political maps, which are incompatible with the UN maps." Pakistan said that it reiterates that "no step by India can change the adisputed' status of Jammu and Kashmir recognized by the UN".

On Saturday, two days after the UTs of Jammu and Kashmir and Ladakh came into being, the Indian government released their official maps, including territories like Muzaffarabad, Mirpur and Gilgit-Baltistan that are in PoK.

The maps were released as well as a full political map of India by the Union Home Ministry. In a gazette notification, the government also enumerated the territories in Leh district as: "Gilgit, Gilgit Wazarat, Chilas, Tribal territory and Leh and Ladakh, except the present territory of Kargil." Jammu And Kashmir, Ladakh Become India's Two New Union Territories Following Abrogation of Article 370; Here's How New Map of Former State Will Look After Bifurcation.

The map of the Jammu and Kashmir UT comprises 20 districts, including Muzzarfarabad, Mirpur and the area of Poonch that was under PoK.

On October 31, Jammu and Kashmir ceased to exist as a state and was officially bifurcated into two Union Territories, following the August 5 revocation of its special status.