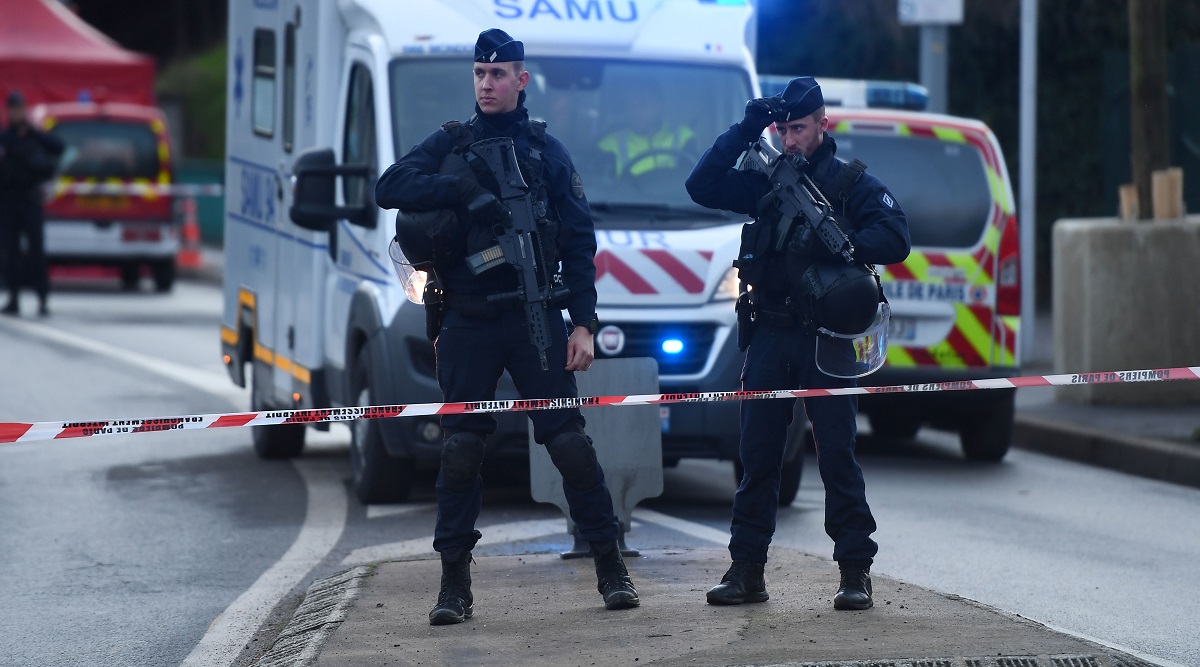 Paris, January 3: French police shot and killed a knife-wielding man who fatally stabbed one person and injured two others in a park south of Paris on Friday, police and sources close to the inquiry said. The man had attacked "several people" in the suburb of Villejuif before he was "neutralised," the Paris police department said. The attacker was shot dead by police after he fled to a neighbouring suburb. Police did not provide any potential motive for the attack.

The number two at the interior ministry, Laurent Nunez, travelled to the scene of the stabbings accompanied by Paris police chief Didier Lallement. France remains on high alert after being hit by a string of attacks by jihadist extremists since 2015, with more than 250 killed in total. Paris Knife Attack: Four Officers Killed at Police Headquarters.

The attack came just four days before France marks the fifth anniversary of the killing of 12 people at the satirical magazine Charlie Hebdo, by two brothers vowing allegiance to Al-Qaeda.

The day after that attack, a man linked to the Islamic State (IS) group shot and killed a policewoman in a Paris suburb before taking hostages at a Jewish supermarket the following day, killing four more people. Police eventually killed all three attackers but it was the beginning of the wave of strikes on French territory. Most recently, a police staff member who had converted to a radical version of Islam stabbed four colleagues to death at the Paris police headquarters last October.