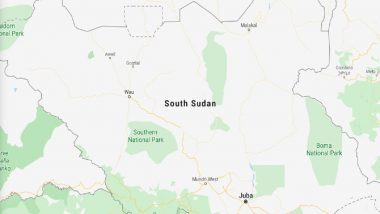 Khartoum, August 12: A fatal clash was reported on Wednesday between soldiers and civilians in the central South Sudanese town of Tonj. The death toll, as per the latest reports, had climbed to 127 with majority of the fatalities sustained by the locals who are at loggerheads with the security forces.

An army spokesperson, while speaking to news agencies, confirmed that the clash was a result of the disarmament exercise initiated by the Army in Tonj region since Saturday. While most of the locals agreed to give up their arms -- which they had stocked up over last six years -- a group of locals refrained and launched an attack on a group of soldiers, he said.

Large piles of weapons are stocked up by locals in most villages of Sudan for their self-defence and protection against cattle raids. The self-armament began since 2014, when the nation was plunged into a civil war and there was no effective government to provide security and other amenities to the locals.

Major General Lul Ruai Koang told AFP that efforts are being taken to end the violence in Tonj. He confirmed that 45 soldiers were killed in the clashes, whereas, 83 armed locals were neutralised. 32 others including soldiers were reported to be injured.

Sudan witnessed a landmark agreement between the ruling military generals and political activists on AUgust 3. The negotiations, which were overseen by the African Union, led to the signing of an agreement which promised the formation of a civilian government.

(The above story first appeared on LatestLY on Aug 12, 2020 05:11 PM IST. For more news and updates on politics, world, sports, entertainment and lifestyle, log on to our website latestly.com).