Three soldiers were killed and 14 persons injured after a suicide bomber attacked a government office here on Sunday, police said. 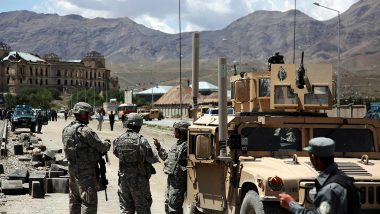 The blast also damaged nearby houses, blew off the roof of a mosque and caused a nearby school to collapse, BBC reported. Police officer Abdullahi Hussein said a suicide bomber had rammed a car into the district office in Howlwadag district.

The militant group al-Shabab, which has waged an insurgency for more than 10 years, has claimed to be behind the attack. In a similar incident on July 14, seven people were killed and several others injured in two explosions near the presidential palace in Mogadishu.

(The above story first appeared on LatestLY on Sep 02, 2018 04:00 PM IST. For more news and updates on politics, world, sports, entertainment and lifestyle, log on to our website latestly.com).