Police in Pakistan's Punjab province foiled a terror plot to attack the Islamabad Stock Exchange and other important government installations in the capital and arrested three militants, officials said. 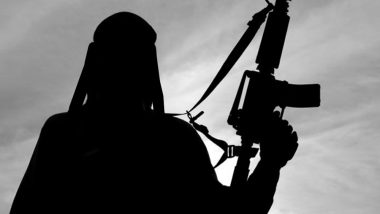 The counter-terrorism department of police (CTD) carried out a search operation in Islamabad by acting on an intelligence tip-off regarding presence of suspected militants involved in a recent terrorist attack in Rawalpindi, Xinhua news agency quoted the officials as saying to the media on Monday. Pakistan: Four ISIS Terrorists Killed in Encounter With Security Forces in Punjab Province.

Police also recovered arms and ammunition from the arrested militants who confessed their involvement in an IED blast near a market in Rawalpindi on Sunday which left 25 people injured.

The militants, whose identities have not been revealed yet, also told police that they were planning to attack the Islamabad Stock Exchange to send shockwaves to the country's economy.

On June 29, terrorists attempted to storm the Pakistan Stock Exchange (PSE) building in Karachi, which resulted in the deaths of 10 people, including the four militants who were gunned down by law enforcement agencies.

The Baloch Liberation Army (BLA), a militant group working out of Afghanistan, had claimed responsibility for the attack.

(The above story first appeared on LatestLY on Dec 15, 2020 12:47 PM IST. For more news and updates on politics, world, sports, entertainment and lifestyle, log on to our website latestly.com).