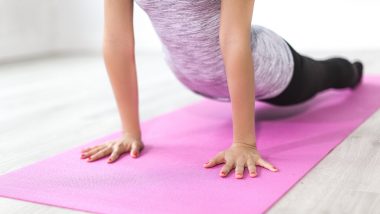 Washington, April 1: The US state of Alabama has blocked a yoga bill that would have lifted a decades-old ban on the popular age-old Indian practice in public schools after objections from conservative groups who feared that followers of Hinduism could engage in conversion, according to a media report.

Pushed by conservative groups, the Alabama Board of Education in 1993 had voted to prohibit yoga, along with hypnosis and meditation in public schools in the southeastern state. Last year in March, the Alabama House of Representatives voted 84-17 to pass the “Yoga Bill” which was moved by state legislator Jeremy Gray from the Democratic Party.

The bill was then moved to the state Senate for approval, paving the way for it to become a law and end the 28-year ban in schools. However, the Senate Judiciary Committee on Wednesday deadlocked the bill after a testimony from Christian conservatives, including representatives of former Alabama chief justice Roy Moore's Foundation for Moral Law, who claimed it would lead to proselytising in public schools by followers of Hinduism, Tuscaloosanews.com reported. WHO Report On Origins Of Coronavirus: U.S. & 13 Other Countries Raise Concern, White House Says Americans Deserve 'Better Information'.

Gray, who had moved the legislation for its approval, dismissed the notion that it would lead to proselytising in public schools by followers of Hinduism. "I've been doing yoga probably for 10 years now. I've taught classes for five years, and I can tell you I still go to a Baptist Church every Sunday,” he was quoted as saying in the report.

The bill, aimed at giving Alabama public schools an option of offering yoga as an elective, requires activities to have English names and bans "chanting, mantras, mudras, use of mandalas, and namaste greetings."

The Alabama State Board of Education banned yoga from public schools in 1993 amid allegations from right-wing organisations that hypnosis and meditation techniques were being used in public schools.

Gray, an athlete, said his own yoga practice has led to mental and physical benefits, and questioned why it should be kept out of public schools. "Athletes do it at Alabama and Auburn universities. People do it at Methodist Churches. So many people do yoga, why is Christianity the dominant religion in Alabama? So much of this is asinine," he said. COVID-19 Lockdown in France: President Emmanuel Macron Widens Light Lockdown Measure to All Over the Country.

Meanwhile, Senate Judiciary Committee Chair Tom Whatley immediately moved to reconsider the vote and carry the bill over, which means it can be voted on again, Tuscaloosanews.com reported. Whatley said two senators who supported the bill were absent, and that he wanted to give them a chance to vote on it.