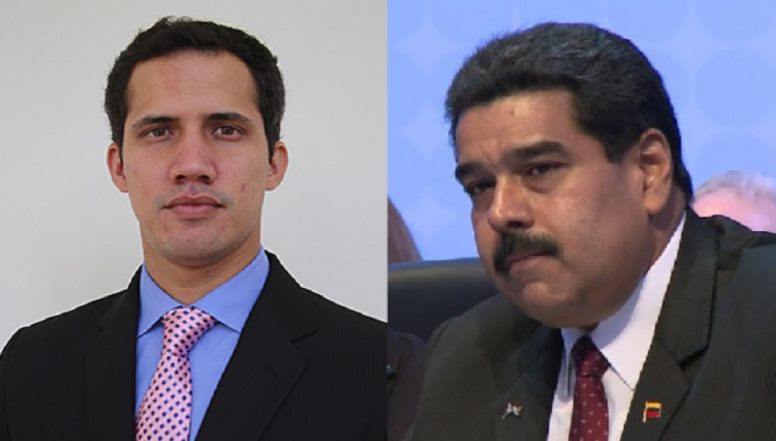 Caracas, January 24: Venezuela’s spiral into crisis has become full blown as protesters have taken to the streets in huge numbers, President Nicolas Maduro is being challenged by a rival president and the U.S. has vowed to do all to topple him.

Twenty-six people have been killed since protests began four days ago, the Caracas-based Observatory of Social Conflict said on Thursday. Protesters are demanding an end to Maduro’s rule and an end to the misery of hyperinflation that has crushed the Venezuelan economy.

Meanwhile, the Trump Administration is following up on its announcement of recognising opposition leader Juan Guaido as president. US National security advisor John Bolton said on Thursday that the US government is seeking to ensure that Venezuelan oil revenue goes to opposition leader Juan Guaido, and to cut off money from President Nicolas Maduro. "What we're focusing on today is disconnecting the illegitimate Maduro regime from the sources of his revenues," Bolton told reporters at the White House.

U.S. has also called for a meeting of the UN Security Council to discuss the crisis in Venezuela, the US mission to the United Nations said. Mike Pompeo is expected to attend the open meeting requested for Saturday, diplomats said.

But this meeting might not achieve much as Russia and China have announced their disapproval of the Trump Administration’s stance on Venezuela. Maduro said that he had received support from Russian President Vladimir Putin in a phone call on Thursday. "I had a phone call with President of Russia Vladimir Putin, with whom I spoke for about 20 minutes, President Putin expressed his solidarity with Venezuela," President Maduro said. He denounced Washington’s actions: "The US is leading a major provocation against Venezuela."

Separately, in an interview to CNN Russian Deputy Foreign Minister Sergei Ryabkov called the U.S. actions "meddling." "I truly feel that there are dangerous signs of something going on along these lines," he added. "I mean it's just pouring gas on fire.

Maduro has in response to U.S.’s actions decided to cut ties with Washington and ordered all American diplomats to leave the country within 72 hours.