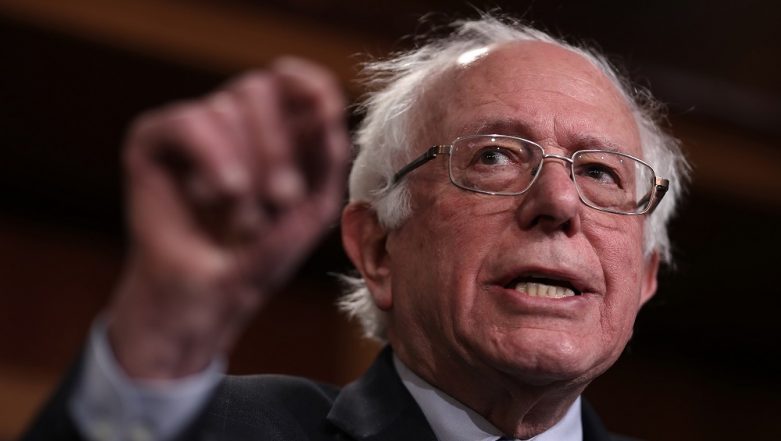 Washington DC, February 19: Bernie Sanders, Vermont Senator, on Tuesday announced that he will be contesting in the 2020 presidential election. It will be his second consecutive bid for the Democratic nomination after losing to Hillary Clinton in 2016, reported CNN. The Vermont Senator made the announcement during an interview with Vermont Public Radio. The latest entrant into the 2020 race, Bernie Sanders was born three months before the Japanese attacked Pearl Harbor.

Sanders would be 79 making him the oldest person by far, to ever win a first term as president if he wins the elections. Incumbent President Donald Trump was 70, former president Ronald Reagan was 69 and former president William Henry Harrison Sr was 68. US Presidential Elections 2020: Tulsi Gabbard Says 'Proud to Be 1st Hindu-American to Run for President'.

According to CNN, Sanders is among the most popular politicians among Democratic voters and his policy agenda comprises of multiple progressive proposals including expansion of health care, broadening of the social safety net and making higher education free.

Comments
Tags:
2020 US Presidential Elections Bernie Sanders US president US Senator Vermont Senator
Comments
You might also like