Winners of the four new genre categories - rock/alternative act, hip hop/grime/rap act, dance act, pop/R&B act - will be determined by a public vote via TikTok, which will open on January 21. Check out the complete list of nominees. 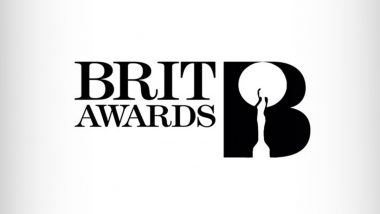 The 2022 Brit Awards nominations have been announced on Saturday on an hour-long TV special, 'The Brits Are Coming'. The awards will be presented on February 8 at the O2 Arena in London. According to Billboard, more female artists were nominated for Brit Awards this year than in any previous year in the past decade. Adele, Ed Sheeran, Dave and Little Simz are the leading contenders for the 2022 Brit Awards, with four nods each. Jennifer Aniston Twinning With Harry Styles Is Making Twitterati Go Bonkers With Happiness.

Adele will have to wait nearly a year for the 2023 Grammy nominations, in which her long-awaited fourth album, '30', is expected to be a major force.This year marks the first time that the Brits have combined separate male and female categories in both artist of the year and international artist. So how did it shake out? Females took two of the five spots for artist of the year (Adele and Little Simz), but four of the five spots for international artists (Billie Eilish, Doja Cat, Olivia Rodrigo and Taylor Swift). Eilish won a Brit Award as a female international artist in each of the last two years. Swift won a global icon award last year. Brit Awards 2021 Winners List: Harry Styles, Dua Lipa, Taylor Swift Receive Top Honours; Check Out the Complete Winners’ List.

Griff is nominated for best new artist, a year after taking the Brits rising star award. Holly Humberstone was already announced as this year's winner of the rising star award. While the US music industry is adjusting to the Grammys' eleventh-hour expansion from eight to 10 nominees in each of the Big Four categories -- album, record and song of the year plus best new artist -- the Brits have 15 nominees in each of two songs categories -- song of the year with Mastercard and international song of the year.

ABBA, which last month received their first Grammy nomination, gained a Brit nod for an international group, alongside BTS, Maneskin, Silk Sonic and The War on Drugs. Elton John receives his first Brit nomination in 20 years, in the song of the year, for 'Cold Heart (Pnau Mix),' his hit collab with Dua Lipa. Sam Fender, who won the rising star award two years ago, is nominated for three Brits, as are West London rapper Central Cee and French DJ/producer David Guetta.

The winners of the four new genre categories - rock/alternative act, hip hop/grime/rap act, dance act, pop/R&B act - will be determined by a public vote via TikTok, which will open on January 21. As per Billboard, 'The Brits Are Coming' special featured performances by Anne-Marie, Glass Animals, Mimi Webb and Joel Corry and Gracey. The special was hosted by Clara Amfo and Maya Jama.

Artist of the year (in association with YouTube Shorts)

(Panel of critics, influencers, writers and composers; in association with BBC Radio 1)

Song of the year

Mastercard album of the year

Producer of the year

(Independent panel; to be announced in January)

Songwriter of the year

(Independent panel; to be announced in January)

International song of the year

British comedian Mo Gilligan is set to host the Brit Awards, which are presented by the British Phonographic Industry (BPI).