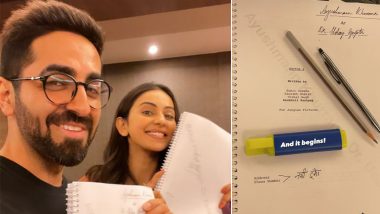 Bollywood actor Ayushmann Khurrana on Monday kick-started shooting for his forthcoming Anubhuti Kashyap directorial Doctor G. The film will mark his first collaboration with Rakul Preet, who is starred opposite him. The Andhadhun actor took to his Instagram story and shared the news by posting a photo of his script for the film, along with which he wrote, "And it begins ... #DOCTORG." Doctor G: Rakul Preet Singh Paired Opposite Ayushmann Khurrana In Anubhuti Kashyap’s Film!

Earlier in the day, Rakul informed his fans about the commencement of the shoot by posting a picture of the script book on her Instagram story Doctor G will be based on a campus of a medical institute. While Ayushmann will be playing the role of Dr Uday Gupta, Rakul will be seen as Dr Fatima, a medical student who plays Ayushmann's senior in the film. Anubhuti, sister of director Anurag Kashyap, will be making her debut as a feature film director with the upcoming project. She has in the past directed the dark comedy mini-series Afsos and the critically-acclaimed short film Moi Marjaani. Doctor G: Ayushmann Khurrana Announces New Movie Which Will Be a Campus Drama (View Post). 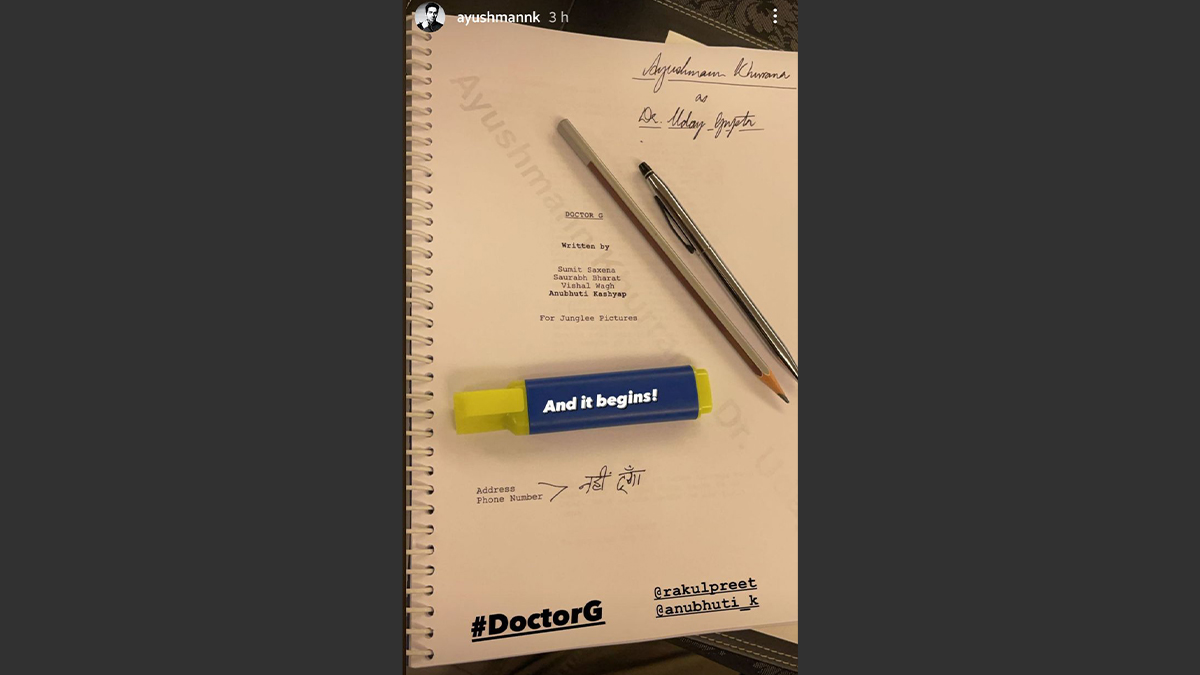 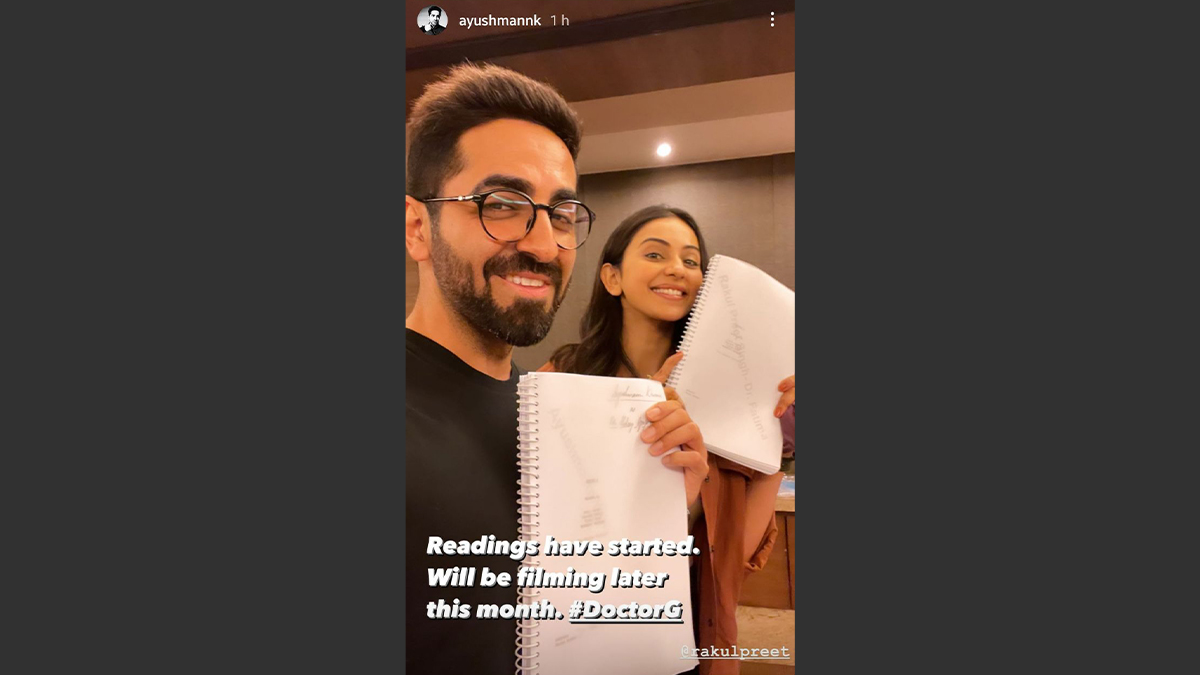 The film has been written by Anubhuti, Sumit Saxena, Vishal Wagh, and Saurabh Bharat. In December, Ayushmann had announced the film with a photo of himself posing with the script of the movie. This marks Ayushmann's third collaboration with Jungalee Pictures, after Bareilly Ki Barfi (2017) and Badhaai Ho (2018).