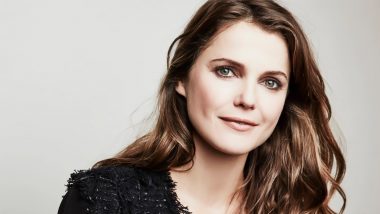 The Americans star Keri Russell will headline streaming service Netflix's new political drama series The Diplomat. The streamer has placed an eight-episode order for the series, which will be written and show-run by Debora Cahn, best known for working on shows such as West Wing and Homeland. Joseph Gordon-Levitt Birthday Special: From The Dark Knight Rises to Inception, 5 of the Actor’s Best Films According to IMDb!.

The drama centres on a career diplomat (Russell) who lands a high-profile job that puts her on the front lines of an international crisis. The gig finds her in way over her head, with tectonic implications for her marriage and her political future. According to Variety, "The Diplomat" is the first series to be greenlit under Cahn's new multi-year overall deal with Netflix. Sivakarthikeyan Birthday: Arabic Kuthu, Summa Surrunu, Chellamma - 5 Times When Kollywood's Favourite Performer Impressed Fans As A Lyricist!.

She will also serve as an executive producer alongside Janice Williams and Russell. The actor is best known for playing Elizabeth Jennings in FX's period espionage show "The American", opposite partner Matthew Rhys. Russell has also featured in films such as "Mission: Impossible III" (2006), "Waitress" (2007), "Dawn of the Planet of the Apes" (2014), "Star Wars: The Rise of Skywalker" (2019) and "Antlers"