Kriti Sanon recently took to her Instagram stories to give a shout out to the cast of Ek Villain Returns, calling it a fab trailer. She also tagged Arjun Kapoor and the rest of the cast. 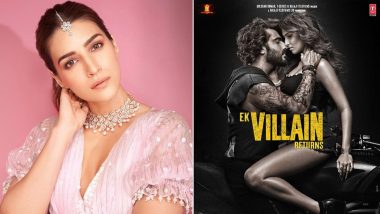 Recently, on June 30 the makers unveiled the official trailer of the film, which is the sequel to the 2014 hit film, Ek Villain. The trailer begins with a meeting, where an official makes a presentation and talks about serial killer Rakesh Mahadkar, played by actor Riteish Deshmukh in the 2014 film Ek Villain. He then talks about how a new villain had arrived, eight years later. The new villain targets women, who won't reciprocate their stalker's love. 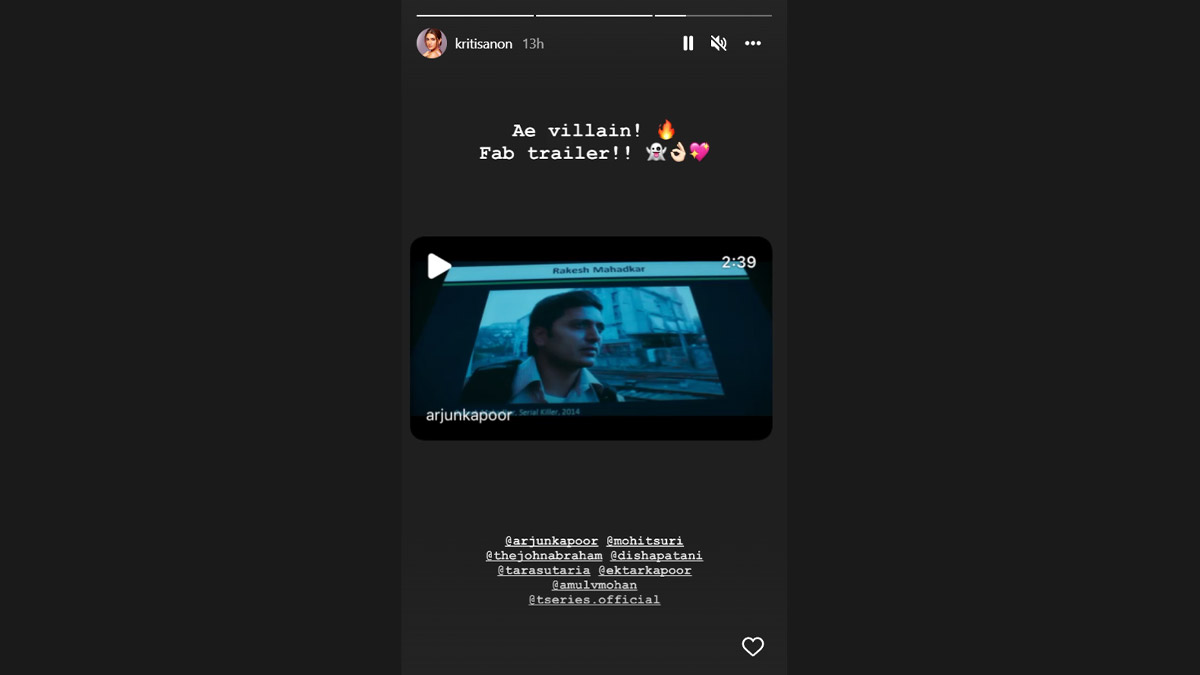 However, the clip left everyone wondering who is the real villain. John Abraham and Arjun Kapoor have a face-off. Also, in the trailer, John is seen romancing Disha Patani, while Arjun is seen sharing romantic sequences with Tara Sutaria.

Helmed by Mohit Suri and jointly produced by T-Series and Balaji Telefilms, Ek Villain Returns is scheduled to release on July 29.

Meanwhile, on the work front, the Arjun Patiala actor will be next seen in Ganpath-Part 1 with Tiger Shroff. The film is slated to release on the occasion of Christmas this year. Along with this she also has Adipurush with south superstar Prabhas.