Sam Claflin has been cast in the lead role of Lionsgate's upcoming film, Bagman. A supernatural thriller, the film will be directed by Colm McCarthy. 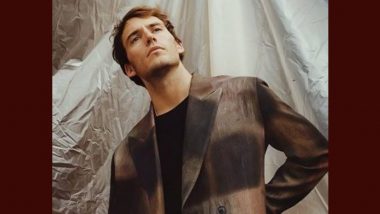 Los Angeles, May 14: British actor Sam Claflin will play the lead role in Lionsgate's upcoming film Bagman. The supernatural thriller comes from filmmaker Colm McCarthy, best known for directing season two of Peaky Blinders and the indie The Girl With all the Gifts, according to The Hollywood Reporter. Sam Claflin Birthday: A Look At Some Interesting Facts About The Very Handsome Actor.

John Hulme has penned the script for the film, which will feature Claflin as a father who desperately struggles against his deepest inner fear when the childhood monster he once vanquished returns to haunt him. This time, however, the father has to muster the strength to not just fight for himself, but for his family.

The project, which is being introduced to international buyers in the coming days at the Cannes Film Festival, will be produced by Temple Hill's Marty Bowen and Wyck Godfrey. Love Wedding Repeat Trailer: Freida Pinto, Sam Claflin, Olivia Munn's Film Is a Union of Chaos and Comedy (Watch Video).

Claflin became popular after starring as Philip Swift in Pirates of the Caribbean: On Stranger Tides and also played Finnick Odair in The Hunger Games film series. His film credits include romance drama Me Before You, My Cousin Rachel and Netflix's Enola Holmes. He is currently shooting Amazon's rock series Daisy Jones and the Six.