The Bharatiya Janata Party is set to launch an ambitious plan for Uttar Pradesh elections: to target 5,000 Muslim community votes in each assembly constituency. 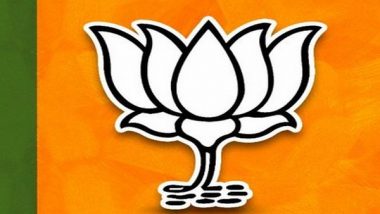 To secure Muslim community votes, the BJP Minority Morcha is set to train its active members to seek votes for the party in their name. The party is identifying 50 strong workers in each assembly constituency. The play is to train them and give the target of 100 votes from surrounding lanes.

When asked why the party is targeting 5,000 Muslim votes in each assembly constituency, Jamal Siddiqui, president Minority Morcha BJP said, "We analysed previous polls. Almost 20 per cent of assembly seats have been lost with a margin of 5,000 votes. Even in Bengal, we lost a considerable number of seats with lesser margins," said Siddiqui. Uttar Pradesh Assembly Elections 2022: Yogi Adityanath to Be CM Face, Says BJP Leader Arun Singh.

Besides, this time the party will also seek votes for the Muslim candidates, if given a ticket in this assembly poll.

Siddiqui said the Morcha has identified 50 seats in Uttar Pradesh that have more than 60 per cent Muslim population and plans to secure tickets for his community. To boost morale of Muslim workers of BJP, the party has a slogan: "Jo chunav ladega wahi aage badhega (Those who contest will march forward)."

In the last assembly elections, the BJP did not give a single ticket to any Muslim candidate in Uttar Pradesh. However, Siddiqui believes that things are likely to change in this election.

"We don't get tickets because we don't have candidates who can win elections. We should fight from the Muslim seats. We can be instrumental in connecting with the community," said Siddiqui.

Siddiqui has a logic for those-- voters and politicians alike-- who oppose BJP candidates fielded from his community. "Muslims have 25 per cent share in BJP as one of its founding members was Sikander Bakht. Our community doesn't know these facts. If we are enemy of BJP, why is it that BJP is working for us as well," said the Morcha chief who is preparing for his first national executive post appointment.