Haryana government plans to give tablets with pre-loaded content free of cost to students of Class VIII to XII of government schools. 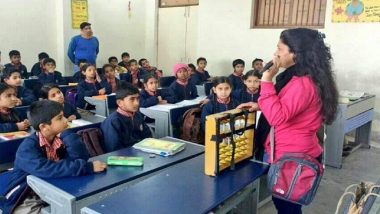 Chandigarh, November 29: Haryana government plans to give tablets with pre-loaded content free of cost to students of Class VIII to XII of government schools.

"An official spokesperson said that the decision to provide tablets to boys and girls studying in classes VIII to XII of government schools belonging to all categories, including unreserved category, scheduled caste, backward class as well as minority community so that they can take advantage of digital education is under consideration of the Haryana government," according to official release.

The spokesperson further said that tablets will be distributed on the lines of the library scheme under which the tablets will be the property of government and will be issued to the students. The students will have to return the tablet after passing Class XII.

The tablets will have pre-loaded content such as tests, videos and other materials as well as digital books, which will be as per the courses of government schools.

This will not only facilitate students to learn different topics at home but also help students to receive online education and take online exams as well.