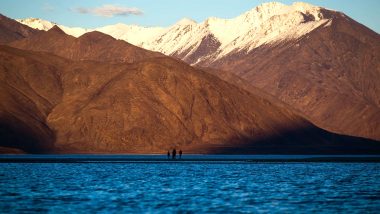 Leh, August 31: The Indian Army has thwarted an attempt by the Chinese Army to transgress into Indian areas near the southern bank of Pangong Tso lake near Chushul in Ladakh on Friday/Saturday and talks are being held now to resolve the issue there, an Army spokesperson said.

The Indian Army took measures to strengthen its position and "and thwart Chinese intentions to unilaterally change facts on the ground". "The Indian Army is committed to maintaining peace and tranquillity through dialogue but is also equally determined to protect its territorial integrity. A Brigade Commander level Flag Meeting is in progress at Chushul to resolve the issues," Anand said further.

Army sources said the Chinese Army had tried to transgress into Indian areas using a sizeable number of troops but Indian Army came to know about their intentions and preempted the Chinese attempt and foiled their move.

India and China are engaged in a standoff since April-May over the transgressions by the Chinese Army in multiple areas including Finger area, Galwan valley, Hot springs and Kongrung Nala. The talks between the two sides have been going on for the last three months including five Lieutenant General-level talks but have failed to yield any results, so far. Chinese Transgressions in Ladakh: India Has Military Option If Talks Fail, Says CDS General Bipin Rawat.