Three more, including a toddler, werefound to be infected by Zika virus in Kerala on Sunday, taking the total count to 18. Health Minister Veena George said the government has arranged testing facilities at Thiruvananthapuram, Thrissur and Kozhikode Medical colleges. 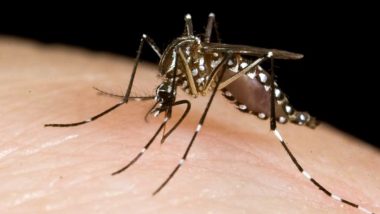 Thiruvananthapuram, July 11: Three more, including a toddler, werefound to be infected by Zika virus in Kerala on Sunday, taking the total count to 18.

Health Minister Veena George said the government has arranged testing facilities at Thiruvananthapuram, Thrissur and Kozhikode Medical colleges and also at the National Institute of Virology (NIV) unit at Alappuzha. "A 22-month-old toddler was found infected. A 46-year- old man and a 29- year-old health worker have also been found infected. We have 18 confirmed cases of infection in the state," she said in a release.

George also said out of the 27 samples which were sent for testing in two batches, 26have turned out ot be negative. Out of the third batch with eight samples, three were found infected on Sunday. According to the health department, 2,100 test kits were received from NIV Pune and 1,000 have been given to Thiruvananthapuram, 300 each to Thrissur and Kozhikode and 500 to NIV in Alappuzha. Zika Virus Disease: What Are The Causes, Symptoms and Treatment of This Mosquito-Borne Illness.

"The Thiruvananthapuram medical college received 500 Triplex Kit which enables the simultaneous detection and differentiation of RNA from dengue virus, chikungunya virus and Zika virus and 500 singleplex kits which can detect Zika virus alone," the Minister said in the release. Pune NIV has instructed the health department to collect the blood samples of those suspected to have been infected by Zika virus.

"More labs in the state will be provided with testing facilities for Zika virus.

We have 27 government labs in the state which can conduct RT-PCR tests and as more test kits reach the state, we will use these labs to carry out test for Zika virus after getting permission from the NIV," Minister said. She also said that instruction has been given to the hospitals to test those patients, especially pregnant women, with fever, rashes and body pain.