Uttarakhand Landslide: 2 Missing After Landslide Due to Heavy Rain in Chamoli District 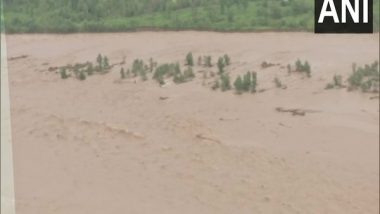 An aerial view of flood-affected areas of Uttarakhand (Photo/ANI)

Chief Minister Dhami today also announced a compensation of Rs 4 lakhs for the families of 46 people who died due to heavy rains in the state.

He further informed that a relief amount of Rs 10 crore has been released for every district and the officials have been instructed to re-open roads that have been blocked due to heavy rains.

Meanwhile, dry weather is likely to prevail in Uttarakhand and its adjoining areas over the next three days, predicted the India Meteorological Department (IMD) on Tuesday. In a tweet, the weather agency said, "Significant reduction in rainfall activity likely over Uttarakhand from today, October 19, 2021."