Before she walked the red carpet, the star's makeup artist Porsche Cooper told People magazine "you've never seen anything like this on the Oscar's red carpet," of her gown. 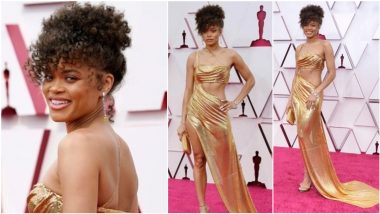 Washington, April 26: Singer-actor Andra Day, who is nominated for an Oscar for her performance in The United States vs. Billie Holiday, brought her fashion A-game to the red carpet dressed in a stunning gold gown.

Before she walked the red carpet, the star's makeup artist Porsche Cooper told People magazine "you've never seen anything like this on the Oscar's red carpet," of her gown.

Speaking with People magazine at a press junket ahead of the Oscars, the star teased that she was going to honor Holiday by choosing something out of her comfort zone. 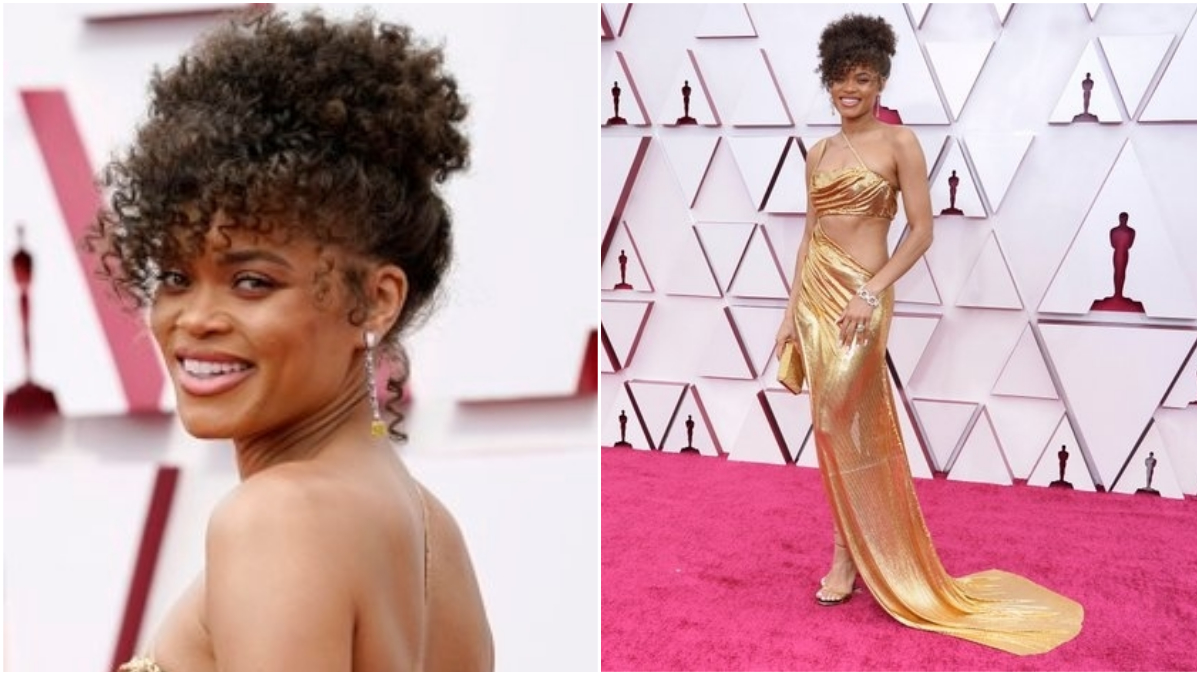 "I wanted to wear something that I, myself as Andra Day would have never worn before the movie. I wanted something very, very sexy," she said.

Day added that Holiday "loved being sexy" and "loved lingerie," which she said is a testament to the 'Strange Fruit' singer's mental state during the time period portrayed in the Hulu film.

"I wanted something that was really just gorgeous and really fit the woman's body," the actor said of her Oscars gown.

The Golden Globe winner also shared that she got the opportunity to speak with Wang during the fitting process. "She really dove in to what my vision was and what it is that I wanted to express," Day explained.

She added, "She was so moved by the movie. She has created some incredible designs, and I am just elated. I am honored truly to be wearing her at the Oscars." Oscars 2021 Full Winners List: From Nomadland to Soul to Sound of Metal, Check Out the Big Victors of the 93rd Academy Awards.

Earlier this year, Day said her character took hold of her while filming The United States Vs Billie Holiday. From losing weight and smoking cigarettes, to changing her mannerisms and cutting off her hair, Day's transformation was drastic.

Andra Day in Vera Wang is what we ALL needed tonight. pic.twitter.com/JbE07p55JX

The 93rd Academy Awards are being held at both the Dolby Theatre and Union Station. The ceremony is taking place two months later than originally planned, due to the impact left by the COVID-19 pandemic on the entertainment industry.

Mank leads the nominations this year after being nominated for 10 accolades while The Father, Judas and the Black Messiah, Minari, Nomadland, Sound of Metal, and The Trial of Chicago 7 have been nominated in six categories.