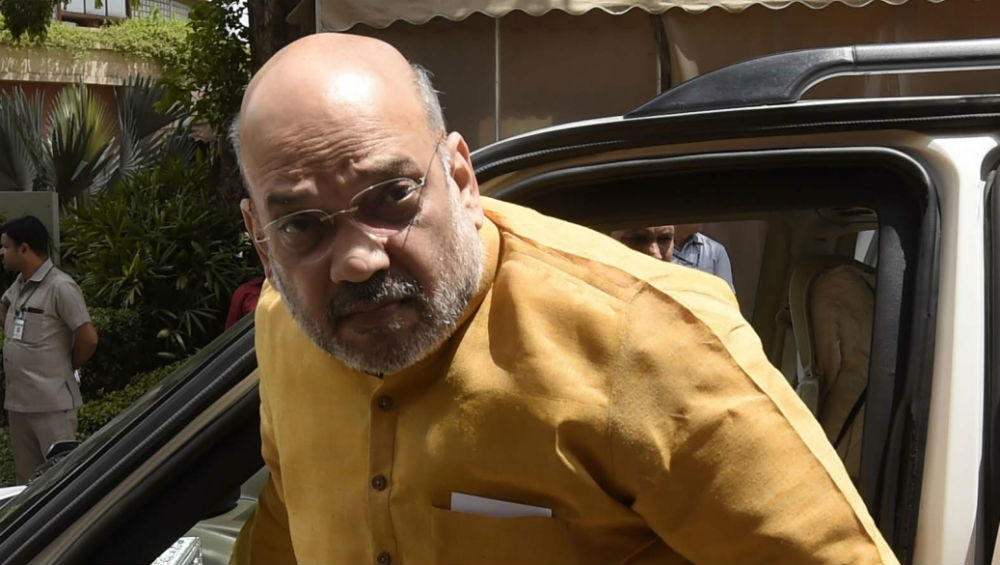 Mumbai, February 28: The Shiv Sena on Friday questioned the absence of Union Home Minister Amit Shah from Delhi while violence, which claimed 38 lives, engulfed parts of the national capital.

"When Delhi was burning and when people were showcasing their anger, where was Union Home Minister Amit Shah then? What was he doing? These questions are being raised. 38 people have lost their lives and severe damage to public property has also occurred," the party's mouthpiece Saamana said."Had there been a Congress or any other coalition government in the Centre then the resignation of the Home Minister would have been demanded," it said. Delhi Violence: Tahir Hussain Suspended by AAP For Alleged Role in Arson And Killing.

The country got a strong Home Minister but he was not visible and this is shocking. During the Assembly elections in Delhi, Amit Shah, despite being the Home Minister took out ample time for his campaigning. But he was not visible when the whole of Delhi was burning. The Opposition can create a stir during the Parliament session on this issue," the Sena further said.

At least 38 people, including a police Head Constable and Intelligence Bureau (IB) officer Ankit Sharma, have died while around 200 people sustained serious injuries in the violence that raged for three days in the North-East areas of Delhi.

Two Special Investigation Teams (SIT) have been constituted under the Crime Branch, Delhi Police to investigate the violence. Through the article, the Shiv Sena also raised questions over the transfer of Delhi High Court judge, Justice S Muralidhar."Justice Muralidhar gave a voice to the anger seated in the hearts of the common people. The time has come to provide Z plus category security to all citizens. This is what the judge said and within 24 hours, his transfer orders came from the Rashtrapati Bhavan."