Shweta Tripathi Birthday: From Masaan to Laakhon Mein Ek; Here’s a Look at Top Five Powerful Performances of the Actress

Starting her career as an assistant director, Shweta first appeared on screen as Zenia Khan in the 2009 sitcom Kya Mast Hai Life. From there the actor has come a long way indeed. On Shweta's 37th birthday, let's have a look back at some of her amazing performances! 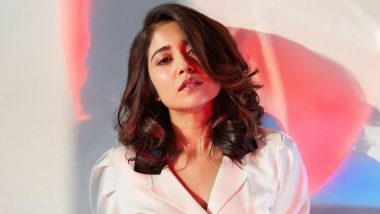 Actor Shweta Tripathi turns a year younger today! The 37-year-old actor marked her presence in the film industry through her unique choice of movies and signature roles where she flourished like a queen. Starting her career as an assistant director, Shweta first appeared on screen as Zenia Khan in the 2009 sitcom Kya Mast Hai Life. From there the actor has come a long way indeed. On Shweta's 37th birthday, let's have a look back at some of her amazing performances! Shweta Tripathi Birthday Special: 5 Popular Shows Of The Mirzapur Actress!

Helmed by debutant director Neeraj Ghaywan, Masaan was an underrated piece of gem, starring Shweta Tripathi, Vicky Kaushal, and Richa Chada.Revolving around the holy city of Varanasi, the film tells the tale of the caste system prevalent in the country as the characters come face to face with their individual tragedies, all the while accepting their fate. Shweta mastered her role as Shalu Gupta and left a mark on the audience.

If other than Saif Ali Khan anyone else's character left an impression in this super-hit crime fiction web-series, it was Golu Gupta aka Shweta Tripathi.Shweta received widespread critical acclaim for her performance in the series which revealed the lawless situation in Mirzapur, a city in Uttar Pradesh. Shweta Tripathi Birthday Special: A Peek Into the Vivacious Girl’s Love for Homegrown Labels That Are Impeccable and Irresistibly Chic!

Shweta had aced the crime thriller genre like it was her own. The Gone Game which followed the case of the disappearance of Sahil Gujral was shot exclusively within the confines of a home during the COVID-19 pandemic that was a hit amongst viewers. However, it was Shweta's character Amara Gujral who grabbed eyeballs.

Gone Kesh was another remarkable comedy-drama which revolved around an important issue of alopecia. Shweta rocked in the role as a teenager, disagonized with the disease as she battles with aloepecia and societal stigmas. Shweta as Enakshi delivered an impactful performance.

Shweta as Shreya in the Amazon web series Laakhon Mein Ek essayed the role of a doctor who was posted in Sitlapir village for conducting a cataract camp.Shweta's acting chops and her dialogue delivery in the series were on-point.