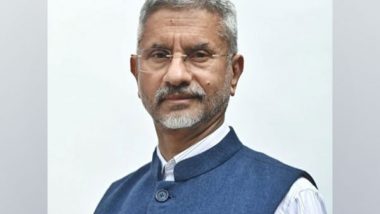 Taking to Twitter, Jaishankar said: "Felicitations to FM Carlos Faria and the Government and people of Venezuela on their National Day."

India and Venezuela have always enjoyed cordial relations. There is a similarity of views on major international, political and economic issues. Besides actively promoting bilateral relations, the two countries cooperate in multilateral forums.

Venezuela has emerged as one of India's largest oil suppliers.

"Congratulate FM Dr. Rui Figueiredo Soares and the Government and people of Cabo Verde on the occasion of their Independence Day," he said.

India and Cabo Verde have warm and cordial relations. India mainly imports iron and steel and other metal scraps including copper and aluminium.

Furthermore, Jaishankar greeted Algerian counterpart Ramtane Lamamra and the people of the country on its 60th Independence Day.

"Greetings to FM @Lamamra_dz and the Government and the people of Algeria on their 60th Independence Day," he said in the tweet.

The diplomatic ties between India and Algeria were established in July 1962, the year Algeria gained independence from French colonial rule.

Yesterday, Jaishankar extended greetings to the United States on the occasion of the country's Independence Day and said that India will continue to work together with the US to boost the Comprehensive Global Strategic Partnership.

Notably, the India-US relationship was elevated to a Comprehensive Global Strategic Partnership during the State visit of former President Donald Trump to India in February 2020. (ANI)