Get latest articles and stories on World at LatestLY. French far-right presidential candidate Eric Zemmour said on Sunday that he would like France to leave the North Atlantic Treaty Organization. 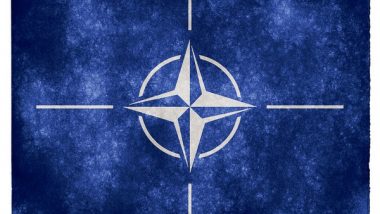 "I would like for France to withdraw from NATO's joint military command," Zemmour told his supporters during a rally at the Villepinte exhibition centre in Paris' suburb.

The presidential hopeful also stressed that the French people "will never be vassals of the European Union," as well as announced creating his own political movement, dubbed Reconquest (Reconquete).

"Reconquest is the name of the movement that I have decided to create ... I want France to once again become a world-class industrial nation," Zemmour stated.

The candidate also proposed to deport all illegal migrants from France and revoke the French citizenship of criminals who are also citizens of other countries. Zemmour plans to put these proposals to a referendum.

Zemmour, who was previously known in France as a controversial far-right pundit, announced his presidential candidacy earlier in the week. (ANI/Sputnik)