2020 Maruti Suzuki Vitara Brezza Petrol To Get 1.5-Litre Engine From Ertiga; To Be Launched in India Soon 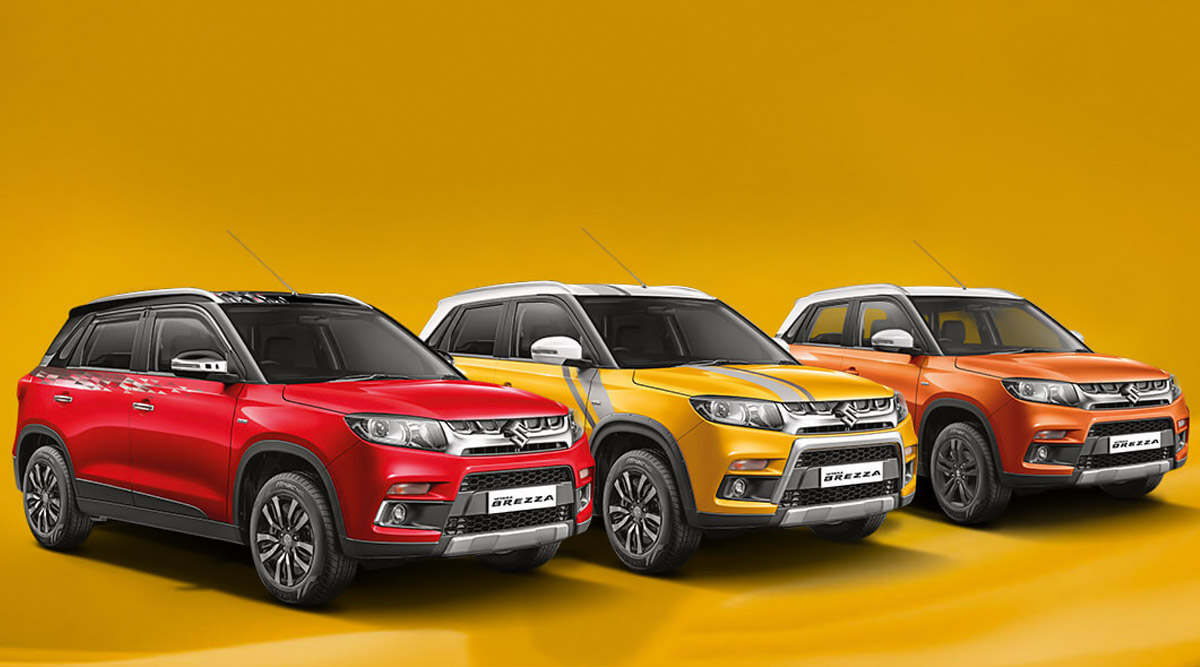 Maruti Suzuki, India's leading auto manufacturer, is gearing up to introduced the updated version of Vitara Brezza in the country. The sub-compact SUV from Maruti Suzuki India has been the segment leader since its launch in India. With the increasing rivalry in the segment, the carmaker is looking to introduce Vitara Brezza facelift soon with a petrol engine. According to the market reports, the compact SUV will be powered by a 1.5-litre K15 Smart Hybrid petrol unit. It is the same engine equipped on Maruti Ciaz and Ertiga LUV. Hyundai Aura vs Maruti Suzuki Dzire: Comparison; India Prices, Features & Specifications.

The upcoming Vitara Brezza facelift has been spied while doing rounds on the Indian roads. The spy images hint several design changes on the exterior front. The front fascia will be refreshed with an updated grille and redesigned projector headlamps. Apart from these changes, the SUV will also get new alloy wheels.

Currently, the Vitara Brezza SUV is offered with a 1.3-litre DDiS 200 BS4 compliant diesel engine. The oil burner is capable of making 89 bhp and 200Nm of power figures. The engine comes mated to a 5-speed manual gearbox along with an optional 5-speed AGS. Maruti Suzuki Posts 2.4 Percent Rise in Car Sales in December

The new 2020 Maruti Suzuki Vitara Brezza SUV will get a 1.5-litre, K15 Smart Hybrid petrol unit which will be a BS6 compliant. As per the report from Autocar India, the petrol engine will be tuned to make 105 hp of maximum power with 138Nm of peak torque. Transmission duties on the Vitara Brezza facelift will be carried out by 5-speed manual gearbox along with optional 4-speed automatic transmission.

When launched, Maruti Suzuki Vitara Brezza will take on Tata Nexon, Mahindra XUV300, Hyundai Venue and Ford EcoSport. As far as the prices are concerned, the Vitara Brezza facelift is expected to be pricier than the current model, which is priced in the range of Rs 7.63 lakh to Rs 10.38 lakh (ex-showroom Delhi).