The Karmagawa Foundation, co-founded by stock trader and teacher Timothy Sykes and photographer Mat Abad, has announced it is donating $1 million to a group of nonprofits to combat issues including food shortages, climate change, education, small business relief and animal rights. 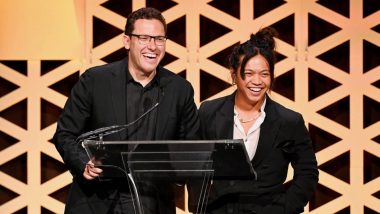 The Karmagawa Foundation, co-founded by stock trader and teacher Timothy Sykes and photographer Mat Abad, has announced it is donating $1 million to a group of nonprofits to combat issues including food shortages, climate change, education, small business relief and animal rights. The decision was made in response to recent events including the Texas winter storms, the pandemic and instability in parts of the Middle East and Southeast Asia.

This is the latest in a number of six and seven figure donations Karmagawa has made in recent years. Founded in 2018 as part of Sykes’ mission to donate wealth he’s created as a stock trader and the founder of one of the largest online trading academies along with online fundraisers and donating 100% of the profits from charity apparel designed by Mat Abad, the organization has now donated more than $6 million to date. This has included building 75 schools in impoverished regions worldwide as well as their high profile climate change initiative, SaveTheReef. The charity has also been active in support animal conservation worldwide

$220,000 will be donated to various Texas food banks to provide much needed support due to the pandemic and after their recent winter storms. This will include Houston Food Bank, WC Kitchen, Mercy Chefs, North Texas Food Bank and Central Texas Food Bank.

The Barstool Fund: $100,000 to help support US small businesses.

Food Blessed: $100,000 to help provide food for people in need in Lebanon.

The Austin Dog Rescue and Austin Humane Society will each receive $20,000 in honor of Matt Monaco, the latest student of Sykes’ to pass $1 million, and his dog Ella.

Shark Guardian will receive $20,000 as part of SaveTheReef’s conservation efforts from the profits from a recent charity apparel partnership with Represent.

Karmagawa is also donating $30,000 towards funding the upcoming Balance For Earth Recycling documentary, $30,000 to Four Paws animal rescues and $10,000 to Help the Kani orphanage in India.

“In these difficult times, communities and animals worldwide need more support than ever so it’s our honor to give back and provide some financial assistance to those in need -- and we talk about these donations publicly to inspire others to give back too”, says Karmagawa co-founder Tim Sykes. As the group continues to grow its global impact on pressing issues, it’s online following is also rapidly growing and Karmagawa expands its digital advocacy for the causes it supports. More than 2 million people follow @Karmagawa and @SaveTheReef on Instagram and an additional nearly 2 million combined follow and co-founders Sykes and Abad’s personal Instagram accounts where they document their philanthropic travels across the globe. Mat Abad added, “We’re all on the same planet dealing with these important issues so we should all help one another as recent events help people realize how interconnected we all are!”.