So far, Jamel received a lot. From being blessed through the lives he changed to loving his work, Jamel surely has a long way to go in the blessings department. Jamel shares his thoughts and nuggets of advice through his Instagram page. He also has a website for bookings. 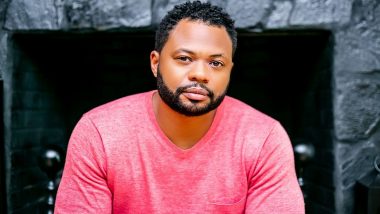 When life throws you lemons, you got to make lemonade. But what if you don’t know how to make lemonade? This is where Jamel Davenport, a life coach, comes in. Jamel helps people achieve their full potential by offering lifestyle coaching, spiritual guidance, and personal growth & development plans.

He also travels all over the globe to work with clients. He has Coached extremely famous celebrities, high-rank officials, and professional athletes. In addition, Jamel founded Mindful and Dynamic (MAD) Lifestyle Coaching, a company specializing in optimizing people’s minds, bodies, and souls.

With 20 years of experience under his belt, Jamel Davenport exactly knows how to deal with people’s issues. By combining psychological, physiological, and spiritual principles, Jamel perfected unique techniques to fully understand his clients. Using the said techniques, Jamel effectively empowers and encourages people to take control of their lives and get rid of self-destructing behavior.

When asked how he became such an exceptional coach, he said, “I was a very curious child with a specific interest in human behavior. Plus, I have always been in the business of serving. I was a social worker, domestic violence counselor, police officer, probation officer, personal trainer, and nutritionist.”

Given his former line of work, there’s no wonder why thousands want to book sessions with him. There is a secret to the success that he has with his most successful clients but his greatest success is discovering the one star who hasn’t had their chance to shine.

Jamel is among the most humble and friendly life coaches out there. Despite his immense success in the coaching industry, he doesn’t fail to look back to his roots. He thanks his mother who took odd jobs so they can survive. As Jamel stated, “I grew up absent of financial security but abundantly present with love.”

Interestingly, Jamel’s proud moments are not like those of most people. While most people brag about their revenue, properties acquired, and investments made, Jamel doesn’t. He is most proud of getting to spend his day giving to others. On top of that, he is proud of living a life filled with the energy he gives. Believing in the law of reciprocity, Jamel knows that what he gives, he will receive.

So far, Jamel received a lot. From being blessed through the lives he changed to loving his work, Jamel surely has a long way to go in the blessings department. Jamel shares his thoughts and nuggets of advice through his Instagram page. He also has a website for bookings.