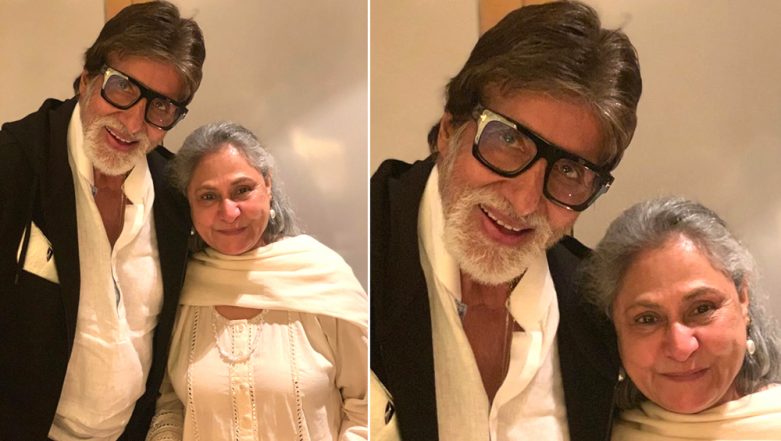 Amitabh Bachchan and Jaya Bachchan are one of the most enviable power-couples of Bollywood. The couple, who got married in June 1973 and have featured together in films such as Sholay, Kabhie Khushi Kabhie Gham, Silsila, among others, is celebrating their 46th wedding anniversary today (June 3). Fans and well-wishers shared lovely messages for Amitabh and Jaya Bachchan on their big day. An Emotional Amitabh Bachchan on Grandson Agastya’s Graduation; It’s a Moment of Great Pride and Joy

Making the day even more special, son Abhishek Bachchan too took to the photo-sharing to share an adorable picture wishing them 'Happy Anniversary'. The actor's caption read, Happy Anniversary to the parentals! Love you both eternally. #46andcounting" Anurag Basu’s Action Comedy Delayed Again; the Movie to Now Clash with Amitabh Bachchan’s Chehre on February 21, 2020

Happy Anniversary to the parentals! Love you both eternally. #46andcounting

On the professional front, Amitabh, who was last seen in Badla with Taapsee Pannu, will next be seen in Brahmastra with Ranbir Kapoor, Alia Bhatt, Mouni Roy and Akkineni Nagarjuna. Helmed by Ayan Mukerji, the film is scheduled to hit the silver screens on Christmas (2019). The actor, who has started filming mystery thriller Chehre, will be seen sharing screen space for the very first time with Emraan Hashmi. Meanwhile, Jaya was last seen in a cameo in Kareena Kapoor Khan and Arjun Kapoor's Ki & Ka (2016).