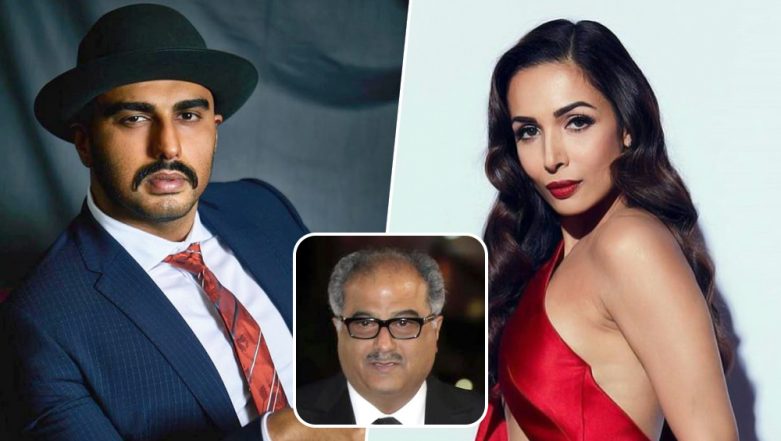 Malaika Arora and Arjun Kapoor's wedding is the hottest goss in the town. The two have been turning heads with their frequest, mushy appearances together. They have been playing hide and seek with the fans by playing with words when asked about their relationship or wedding plans. Rumors are rife that they will get hitched next month on 19th. However, Arjun's dad, producer, Boney Kapoor blatantly denied these rumors. Malaika Arora As A Fierce Fitness Enthusiast Or A Fashion-Forward Diva: View Pics To Take Your Pick!.

In his statement to Amar Ujala, he said, "There is no truth to these rumors." Well, as Arjun's closest family member has clarified the air around the speculations, there goes the dream of watching Malaika and Arjun's happy wedding pictures. Well, atleast for now!

There were wild speculations all over the internet about this starry wedding. They will reportedly be getting hitched in a Christian wedding ceremony as the Chhaiyya Chhaiyya girl follows Christianity. Another burning question that the fans have is who will be the bridesmaid at this intimate white wedding! Most of them know that Kareena Kapoor Khan has been close friends with both the actors and hence the fans are rooting for Bebo to be her bridesmaid.

Don't know about the wedding but Arjun is pretty much worked up in his film projects as of now. He will be next seen in the period drama by Ashutosh Gowariker namely Panipat. He even went bald for this role and is leaving no stones unturned to get into the skin of the historical character. Also, he is gearing up for Sandeep Aur Pinky Faraar with Parineeti Chopra,