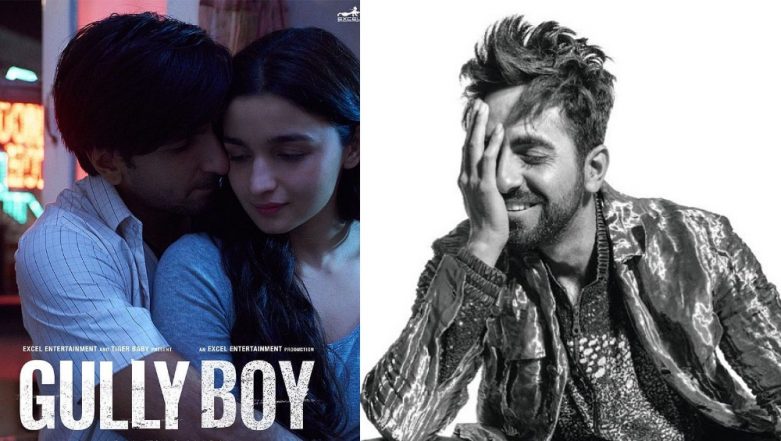 Ranveer Singh and Alia Bhatt are probably on cloud nine right now for the fans are loving the Gully Boy trailer. The teaser itself excited fans as they got to see a new side of Ranveer and Alia's acting capabilities. It was expected that they would blow our minds with their amazing screen presence and impeccable chemistry. But nobody expected that they would impact to such an extreme extent! So much that Ayushmann Khurrana dropped some Delhi-slang-bombs!

In case you folks haven't checked out the new Gully Boy trailer, you're missing a lot in life. The Zoya Akhtar film revolves around the story of a rapper from the streets of Mumbai who makes it big in the Indian rap sphere. The plot is derived from the life of real-life desi rappers Divine and Naezy. The trailer stumped us but turns out even Ayushmann Khurrana has the same reaction that we did after watching it. The actor took to Twitter to share his thoughts on it and it went like this - "Kya trailer hai bc!!! I got goosebumps, tears, adrenaline rush, probably a mini orgasm too. All at once. Kudos"

Sounds a little extreme? Well, the trailer was extremely good so it's not surprising that Ayushmann spoke our hearts out on his tweet.

Kya trailer hai bc!!! I got goosebumps, tears, adrenaline rush, probably a mini orgasm too. All at once. Kudos https://t.co/MQtmdDUN23

Set to release on Valentine's Day, the film also stars Kalki Koechlin, in a role that we are unaware of presently and Vijay Raaz as Singh's abusive father. It is directed by Zoya Akhtar and produced by Ritesh Sidhwani and Farhan Akhtar.