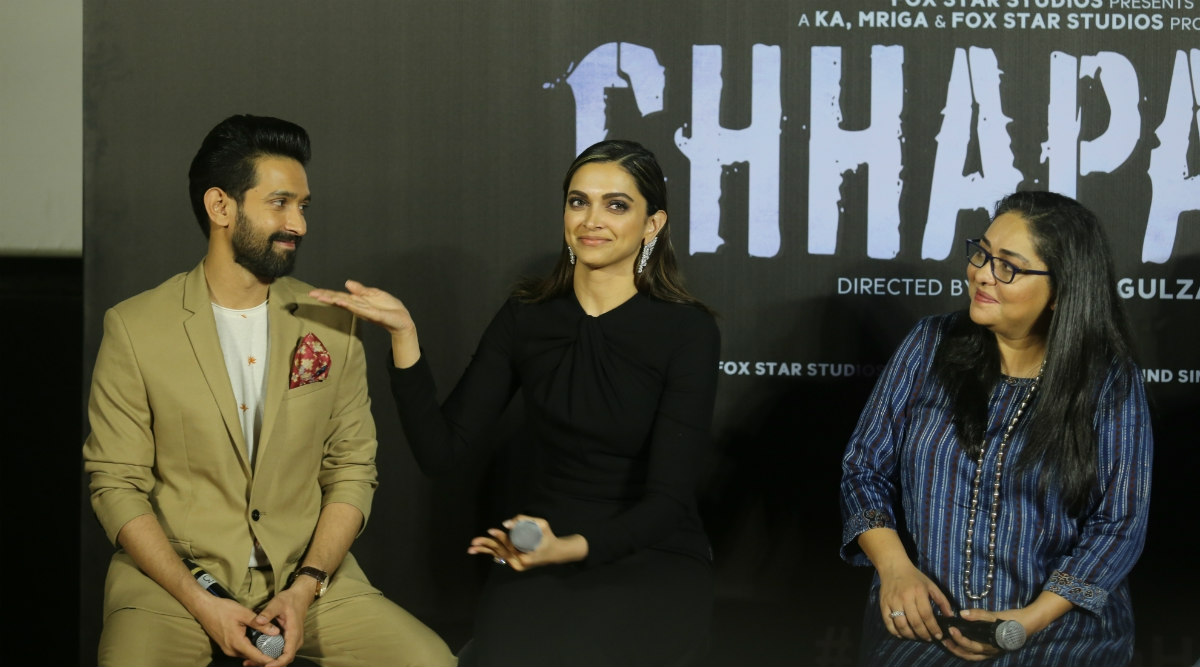 New Delhi, January 9: Advocate Aparna Bhat, who represented acid attack victim Laxmi Agarwal in court, is upset with the Deepika Padukone-starrer "Chhapaak" and has threatened to take legal action against the makers of the film.

"Chhapaak" is based on Laxmi's life, and Deepika plays a character based on Laxmi in the film. Bhat's contention is the filmmakers have not given due acknowledgement to her in the film's credits. The advocate, who played a pivotal role in real life to ensure justice was served to Laxmi in the case fought at Patiala House Courts, took to Facebook and wrote a few posts to vent her ire, and also announce that she would be taking the makers of "Chhapaak" to court. Chhapaak HD Full Movie Leaked on Torrent For Free Download & Watch Online? Netizens Trend #ChappakOnTorrent Post Deepika Padukone’s JNU Visit.

Bhat wrote in her Facebook post: "Have never been the one to demand attention to my work. Deeply disturbed by the turn of events post watching Chhapaak. Compelled to take legal action to protect my identity and preserve my integrity. I represented Lakshmi in her criminal trial in Patiala House Courts... tomorrow someone will represent me in my cause...Ironies of life."

No sooner did she put up a post, there were many people coming out in her support. Overwhelmed by the fact, she wrote another post: "I thank all my friends who endorsed my contribution and challenged team Chhapaak in failing to say even "Thank you!!a. I cannot match the powers of these mighty producers of Bollywood but keeping quiet will further endorse injustice. I have decided to take my cause to the next level. Ready to face the consequences."

This is the second controversy that has erupted about aChhapaak" within the span of a single day. Earlier on Wednesday, a social media and whatsapp was flooded with the rumour that the name of the real-life acid attacker was changed from Basheer to Rajesh in the film, in order to protect the culprit's religious identity. However, pre-release screenings on Wednesday revealed the name of Nadeem has been changed to Basheer.

Wednesday's controversies over "Chhapaaka followed Deepika's visit to Jawaharlal Nehru University (JNU) on Tuesday night. She was at JNU as a mark of solidarity with the students who were victims of a violent attack by unidentified masked men on Sunday night.

Deepika's JNU visit was construed by many as a publicity stunt, and clamour to boycott her new film has been trending online, although a large section of social media has also hailed her gesture.