Farooq Sheikh Birth Anniversary: Did You Know The Late Actor Took Care Of The Family Of A 26/11 Terror Attack Victim Anonymously?

Farooq Sheikh was the most amicable and affable actor on screen. People who knew him closely also assert that he was equally likable in person. What we didn't know was he was also a sneaky philanthropist. Farooq Sheikh helped the family of a 26/11 terror victim and they didn't even know about it! 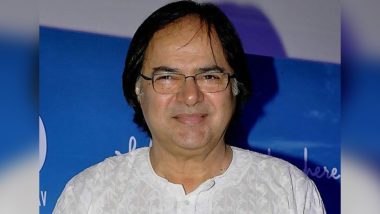 Farooq Sheikh was one of those actors who always brought a smile to your face whenever you watch him on screen. Be it his early movies like Garam Hawa or Chashmebadoor or as Ranbir Kapoor's father in Yeh Jawaani Hai Deewani, this man has always managed to soothe your eyes with his portrayals. Even his wicked role in Katha makes you love him. There are a few people who you just can't dislike and Farooq Sheikh is one such actor. But do you know he was also a philanthropist? The reason you aren't aware is that the actor didn't believe in talking about it. In fact, he helped the family of a 26/11 victim without them knowing who was helping them till the actor passed away in 2013. Farooq Sheikh Birth Anniversary Special: The Veteran Actor’s Last Movie Scene With Ranbir Kapoor is Pure Gold- Video!

Sheikh read a story in Indian Express about Rajan Kamble, a maintenance worker at Taj Hotel who died in the terror attack. He was ushering the guests to safety when he died. The report had mentioned that Kamble wanted his eldest son Rohan to get into a military school and the second son to become a pilot.

Sheikh sent an SMS to the newspaper to know more about the family and decided to take care of the education of the kids. His only condition was his name to be kept a secret. The publication would inform him about the amount everytime and Sheikh would send a cheque in the name of Shruti Kamble, Rajan's wife. The latter only found out about it post his demise.

Shruti told Indian Express, "My regret is I could never thank him." All she knew about him was the envelopes came from a certain Sheikh saab. She further added, "While the Taj management has taken care of us, if not for Shaikh sa'ab, my children couldn't have dreamed of making it so far. Today I can finally tell my sons that this was the stranger who looked after us when everyone we called our own gave up."

Today is Farooq Sheikh's birth anniversary and so, we thought we will let you know what a fantastic human he was apart from being a solid actor.

(The above story first appeared on LatestLY on Mar 25, 2021 08:20 AM IST. For more news and updates on politics, world, sports, entertainment and lifestyle, log on to our website latestly.com).