FWICE reveals that they would have looked into the differences between Abhinav Kashyap and Salman Khan if the Dabangg director had approached. Now they can't help him. 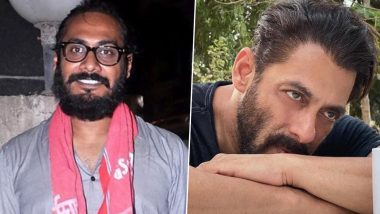 Dabangg director Abhinav Kashyap's posts alleging that Salman Khan and his family have ruined his career are making waves. It came close on the heels of Sushant Singh Rajput's suicide. The suddenness of the allegations not just left us shocked but Arbaaz Khan as well. He told Hindustan Times that he doesn't know where this is coming from. They weren't even in touch since Dabangg 2. In the latest development, the Federation of Western India Cine Employees has come out saying Kashyap never approached them with his grievances. Arbaaz Khan Confirms Taking Legal Action Against Abhinav Kashyap After The Dabangg Director Accused The Family Of Sabotaging His Career

Speaking to Hindustan Times, General Secretary of Federation of Western India Cine Employees, Ashok Dubey said that would have looked into the matter if Kashyap had come to them. "Abhinav Kashyap is a member of the directors’ association, he should have approached the body to intervene and help him. He never approached the association, we came to know about these matters only when he wrote on his social media platforms. He has still not approached any one of us. When a member lodges a complaint, the body looks into the matter and tries to help the member in every way possible. But without a complaint, we can’t help him,” he said.

The daily then asked Dubey about their support to Salman Khan and he added, "Salman Bhai has always helped the federation and all its members. He helps technicians every time, so we decided to stand by him as he stands by our workers. Not only during COVID-19, he has helped technicians and their families earlier also. He is the first person to help if someone has a medical emergency. Even during the lockdown, he directly transferred money to 23,000 workers and technicians. Without getting into their internal politics we wanted to only thank him for his gesture.”

We wonder why didn't Kashyap go to the federation. Did their solidarity towards Salman make him hesitant? I guess we will have to wait to find out the answer to those.

(The above story first appeared on LatestLY on Jun 20, 2020 01:45 PM IST. For more news and updates on politics, world, sports, entertainment and lifestyle, log on to our website latestly.com).