Gangubai Kathiwadi courts fresh troubles as a plea by Babu Rawji Shah makes Mazgoan court summon Sanjay Leela Bhansali, Alia Bhatt and the writer of the film. Shah claims to be Gangubai's adopted son and he feels the film will malign her image. 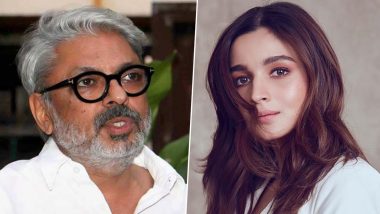 Gangubai Kathiawadi hits fresh troubles. As per a report by ANI, the Mazgoan court has summoned Sanjay Leela Bhansali, Alia Bhatt and the writer of the film on a plea by Babu Rawji Shah. The latter claims to be Gangubai's adopted son and he believes the film tarnishes her image. Controversies and Bhansali movies aren't alien to each other. Nearly every other film of his has courted issues with certain sections of the community, accused of hurting one or other sentiments. Gangubai Kathiawadi: Alia Bhatt’s Film Gets Into Trouble As Kamathipura Residents Protest for Hurting Their Sentiments

Recently, Congress MLA Amin Patel demanded a name change for the film. He had issues with the use of Kathiawadi in the title as it apparently maligns the community. Patel believes the community has progressed and they are no longer the same.

Mumbai's Mazgaon Court has summoned film Gangubai Kathiawadi's director Sanjay Leela Bhansali, actor Alia Bhatt & writer of the film on May 21, on plea of Babu Rawji Shah who claims to be the adopted son of Gangubai Kathiawadi&has stated in his plea that film tarnishes her image

Sanjay Leela Bhansali tested COVID positive a few days back and is self-quarantining himself. The shoot of the movie has also halted.

(The above story first appeared on LatestLY on Mar 25, 2021 10:58 AM IST. For more news and updates on politics, world, sports, entertainment and lifestyle, log on to our website latestly.com).