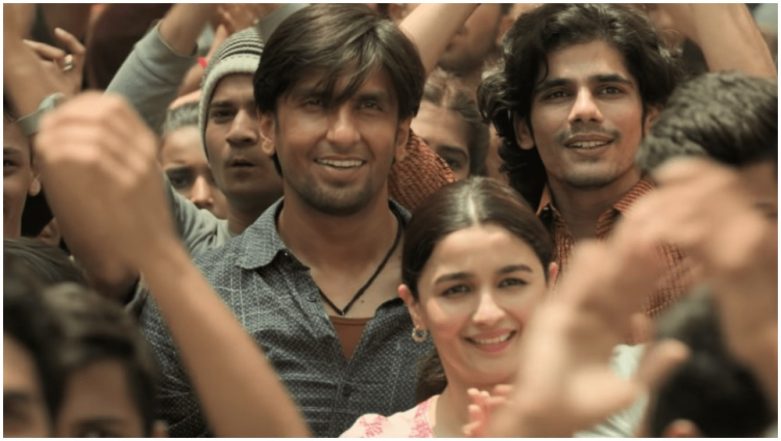 Ranveer Singh and Alia Bhatt star in this week's big release, Gully Boy. Ranveer and Alia had worked together in a few ads but this is the first time that they are being paired in a movie. Gully Boy is directed by Zoya Akhtar and produced by her brother, Farhan, and Ritesh Sidhwani under their banner Excel Entertainment. Zoya Akhtar is known for making movies that are more of slice of life dramas. She had made her debut as a director with Luck By Chance which had Farhan and Konkona Sen Sharma in the lead. Till now Zoya has made four feature-length movies that also include Zindagi Na Milegi Dobara and Dil Dhadakne Do. Ranveer Singh's Gully Boy is COPIED From Eminem's 8 Mile? Zoya Akhtar Reveals The Truth!

Ranveer has already worked with Zoya in Dil Dhadakne Do, though this is the first time Alia is working with the director. Gully Boy had its world premiere in Berlinale. 2019. The reviews have been in favour of the movie, while there have been reports that Gully Boy received the biggest cheers from the audience for the last 20 years. Gully Boy Celeb Review: Fast & Furious Actress Michelle Rodriguez Praises Ranveer Singh and Alia Bhatt's Film.

As Gully Boy is all set to release on February 14, here's all you need to know about the movie:

Ranveer Singh and Alia Bhatt are playing the leads in the film. Siddhant Chaturvedi is cast as Ranveer's friend and mentor in rapping. The movie also stars Kalki Koechlin, Vijay Varma and Vijay Raaz.

Gully Boy is inspired by the lives of underground rapper turned composers, DIVINE and Naezy. Ranveer Singh plays Murad, a boy from the slums who lives with an abusive father. He aspires to be a rapper to let his wings be set free. Alia Bhatt plays his possessive girlfriend.

Here's the trailer of Gully Boy -

The budgetary information of Gully Boy has not yet been revealed.

Here's the jukebox of Gully Boy:

Ranveer Singh and Alia Bhatt are both on top of their box office game, so they can easily draw in the crowds for Gully Boy. The movie has also managed to create a very positive buzz for itself. Trade experts are predicting a box office opening of Rs 13-15 crore for the film

Gully Boy has got positive reviews after its world premiere in Berlinale 2019 both from Indian and foreign critics. We will be updating our review of the movie soon. Check out our review of Gully Boy!