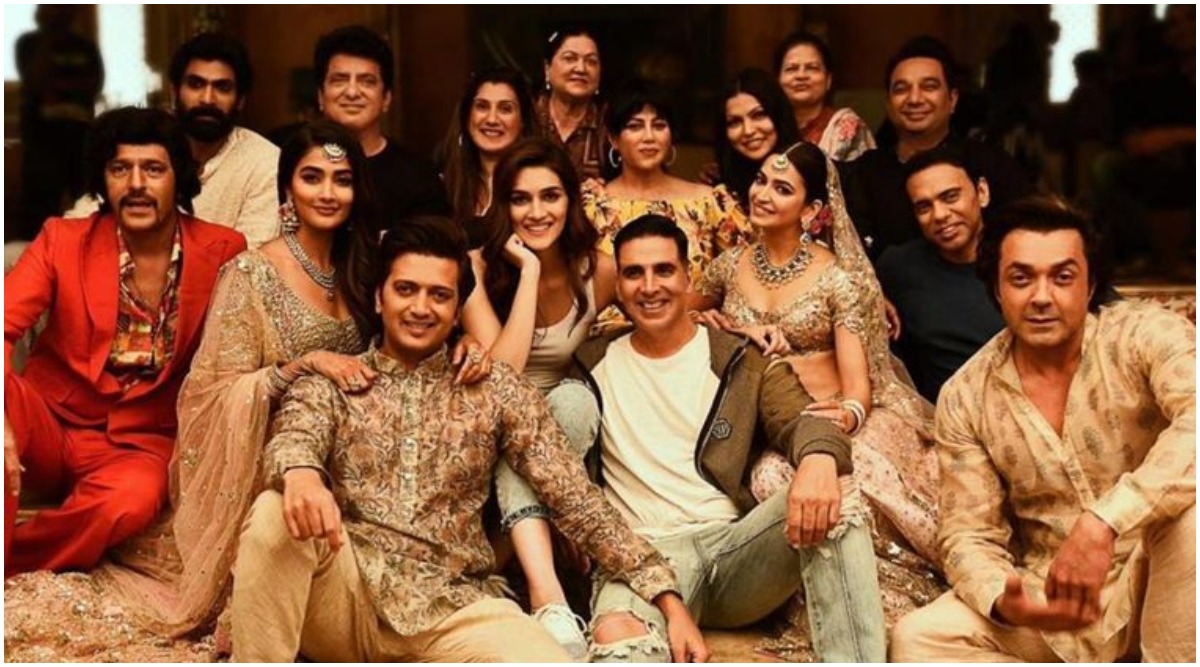 Akshay Kumar's Diwali outing may have earned some poor reviews from the critics but the movie is going stable at the ticket windows. Blame it for being a family entertainer or the festive season in the country but audiences aren't hesitating to book its tickets and prefer it over other Diwali releases of this year. After managing to earn a good opening of Rs 19 crore, Housefull 4 collected Rs 18.81 crore on day two of its release. Housefull 4: 10 WTF Moments in Akshay Kumar, Kriti Sanon, Pooja Hegde, Bobby Deol’s Film That Will Make You Cringe (SPOILER ALERT).

The business saw a slight decline on its first Saturday and you can blame the same celebrations across the nation for the same. It is essential for the movie to gain momentum in the coming days in order to emerge as one of the most profitable and successful ventures of 2019. Since the film will have an extended weekend courtesy Deepavali celebrations, there are chances it may earn a grand total towards the end of its first week. Akshay Kumar’s Housefull 4, Rajkummar Rao’s Made in China, Taapsee Pannu-Bhumi Pednekar’s Saand Ki Aankh – Ranking Diwali 2019 Bollywood Releases From Worst to Best!

Popular trade analyst Taran Adarsh took to his Twitter account to reveal its day two figures and also to insist on the importance of the next few days. The reincarnation comedy starring Kriti Sanon, Bobby Deol, Kriti Kharbanda, Pooja Hegde with Akshay and Riteish is so far the most profitable venture among Diwali releases. Taapsee and Bhumi's Saand ki Aankh and Rajkummar Rao's Made in China aren't able to put up a fight against this comedy giant.