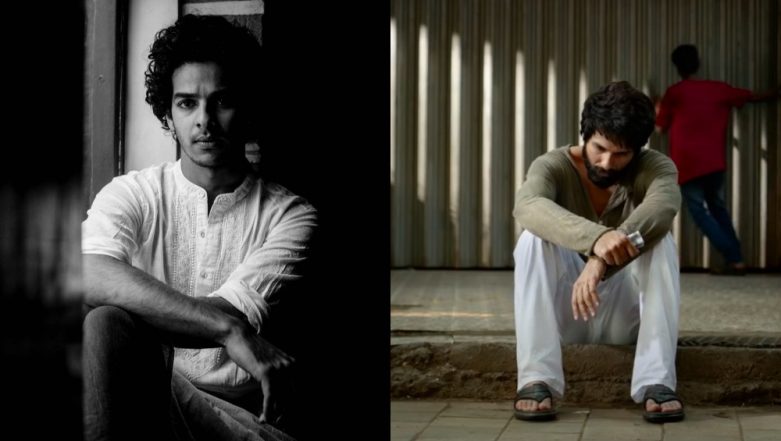 Shahid Kapoor will be next seen in the Hindi remake of the hit Telugu film, Arjun Reddy. The remake has been titled, Kabir Singh, and the first trailer of the film has impressed the audience. The first song from the film released today and if you have not heard it already, you are missing out on a lot. It is not just as fanboying over the new number titled Bekhayali, but Shahid's brother Ishaan Khatter is also a part of this fan club. The Dhadak actor shared an emotional note on his social media page to praise his brother's new song.

Ishaan wrote a beautiful caption for the picture of Shahid. The words are such that all brothers would love to hear from their younger sibling. Ishaan wrote, "I’m as in awe as can be," adding, "I hope one day I can make you as proud and happy as you make me bhai." Shahid Kapoor-Mira Rajput Give Fans a Glimpse of Their Fun-Filled Family Vacation With Kiddos Misha-Zain! See Pics.

I’m as in awe as can be. I hope one day I can make you as proud and happy as you make me bhai. Can’t say anymore because I’m dumbfounded, speechless. Please guys, go watch the video for the beautiful new song from ‘Kabir Singh’ - Bekhayali. Link in bio. @shahidkapoor @sandeepreddy.vanga @kiaraaliaadvani #kabirsingh

Earlier in an interview, Ishaan had said that he is proud to be identified as Shahid's brother. "I have no intention to make a name for myself and to separate my identity from my brother's name. I am proud to be identified as Shahid's brother, there is no shame in it," But he further added that if one is sincere with their work their identity will be created itself and he'd like to identify for his work as well. We are waiting for Ishaan to give an opportunity to Shahid to cheer for him. Ishaan is yet to announce his next film after, Dhadak.