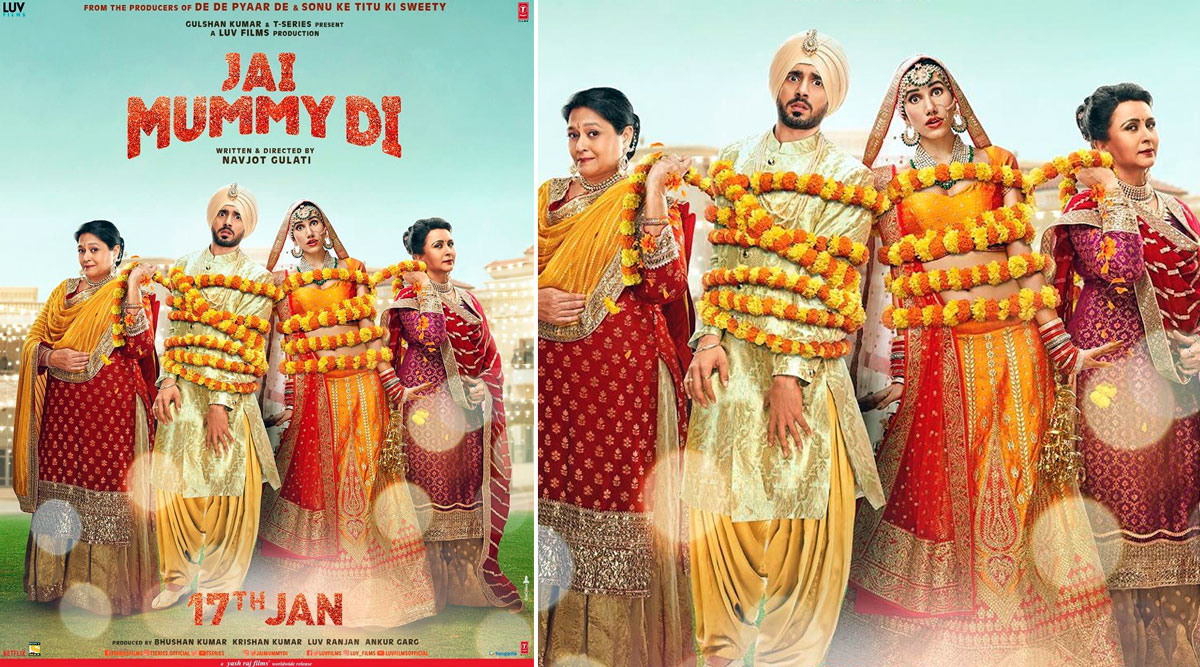 Navjot Gulati's debut film Jai Mummy Di is a romantic comedy slated to release on January 17. Backed by Luv Films and T-Series, the film stars Sunny Singh and Sonnalli Seygall in the lead. The trailer of Jai Mummy Di got mixed reviews from the audiences and looks like the comedy-drama would work well in the single screens particularly. Despite being a solo Bollywood release, the film would face tough competition from Ajay Devgn's Tanhaji that is easily sailing towards the Rs 100 crores mark and Deepika Padukone's Chhapaak that isn't slowing down at the BO. Sonnalli Seygall Was a Bit Cautious While Filming for Jai Mummy Di with Veteran Actress Poonam Dhillon, Here’s Why!

Sunny Singh's last outing Ujda Chaman flopped at the box-office and with Jai Mummy Di we might see the Sonu Ke Titu Ki Sweety Star register an average hit considering the film's budget. Jai Mummy Di is clashing with Hollywood movie Dolittle that has Robert Downey Jr in the lead. Will Jai Mummy Di will be able to attract it's target audience to the movie theatres only time can tell. If you plan to watch this Sunny Singh film in the cinema nearby, here is everything you need to know about Jai Mummy Di. Jai Mummy Di song Lamborghini: Sunny Singh and Sonnalli Seygall’s Peppy Track Retains the Magic of the Original (Watch Video)

Jai Mummy Di is a romantic comedy and unlike other films of the same genre, this film's USP is the rivalry of the lead pair's mother which brings on the maximum of quirks. The film, however, showcases the reason for this rivalry is an old love-story of the two fighter cock mothers hinting back in their early college days. Will the duo be able to marry each other or their poles apart mother would continue to be the hurdle of their life? Watch out the film to know it all.

Here is the Official Trailer of Jai Mummy Di

Jai Mummy Di's Music is composed by Amartya Bobo Rahut, Tanishk Bagchi and Meet Bros. It has 8 songs in its album and all of them are peppy numbers.

Here is the complete audio jukebox of the film.

Jai Mummy Di is made on an estimated budget of Rs 15crores including print and advertising cost. The Sunny Singh film needs to cross the Rs 25 crores mark at the box-office to be an average hit.

Jai Mummy Di doesn't have the hype it actually needed to open well at the ticket window. Although it's peppy song would attract the audiences but the film would lack stronghold at the box-office with Tanhaji, Chhapaak, Good Newwz running successfully. LatestLY predicts Jai Mummy Di's opening day collection to be less than Rs 1.5 Crores. The Sunny Singh starrer would cross the Rs 5 crores mark in its opening weekend.

The reviews of Jai Mummy Di are not out yet. We will be uploading our review of the film soon on LatestLY, so do come back to know of our opinion of the film.