The controversy surrounding the alleged indiscriminate dumping of PPEs and other unsegregated garbage, by a production crew hired by Karan Johar's Dharma production, for a shoot in a Goa beach village last week, continued to brew on Wednesday. 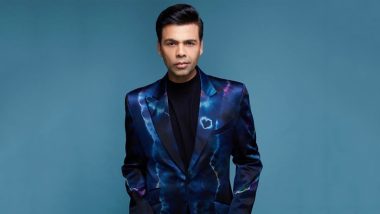 The controversy surrounding the alleged indiscriminate dumping of PPEs and other unsegregated garbage, by a production crew hired by Karan Johar's Dharma production, for a shoot in a Goa beach village last week, continued to brew on Wednesday. Goa's Waste Management Minister Michael Lobo has now demanded an apology from the Mumbai-based Dharma Production, failing which a fine for littering would be imposed. "First of all, the directors or owners (of Dharma Production) should apologise to the people of Goa for doing such a thing. Tender an apology on Facebook, that it was an error and accept fault. We will fine (them) otherwise. Dharma Production will be fined by the Goa Waste Management," Lobo said. After Kangana Ranaut’s Jibe at Karan Johar, Goa-Based Line Producer Who Worked for Dharma Productions Says the Actress Is Spoiling State’s Name

Earlier on Wednesday, a day after Kangana Ranaut highlighted the issue on Twitter, claiming that careless dumping of garbage harms the environment, Goa-based line producer Dilip Borkar, who had been hired by the Karan Johar production firm, said that the national award winning actress did not know ground realities. "No one knows the ground reality. Kangana Ranaut does not know anything about what is happening here. This is wrong. She is spoiling Goa's name," Borkar told a press conference in Panaji on Wednesday. "There are efforts to defame us. We do not know why, maybe because Dharma Production is involved or Karan Johar's name is involved," Borkar said. Kangana Ranaut Shares Video That Alleges Karan Johar’s Team Threw Biomedical Waste on Roadside at Nerul Village in Goa – WATCH

The controversy erupted after photos of garbage bags indiscriminately dumped by the film production crew went viral on social media, following which the Entertainment Society of Goa (ESG), a government agency which oversees film-shoot related regulation, issued a show-cause notice to Borkar. The notice had said that norms of garbage disposal were not followed, while disposing of non-biodegradable waste, which included PPE gear used in the film shoot.

Borkar said that the shooting for the Dharma Production film starring Deepika Padukone, was being carried out in a villa in the beach village of Nerul in North Goa and the daily collection of garbage was dumped at a site designated by the local village Panchayat authority. "The garbage was disposed of by a local contractor appointed by the village Panchayat every day. Only on Sunday, he failed to do so, after which the photos went viral," Borkar said. The controversy went viral after Rananut on Tuesday uploaded photos of the littered garbage bags on Twitter.

"Movie industry is not a virus just for the moral fibre n culture of this nation but it has become very destructive and harmful for the environment also, @PrakashJavdekar ji @moefccAsee this disgusting, filthy, irresponsible behaviour by so called big production houses, pls help Folded hands," Ranaut said in her tweet.

(The above story first appeared on LatestLY on Oct 28, 2020 04:21 PM IST. For more news and updates on politics, world, sports, entertainment and lifestyle, log on to our website latestly.com).