Laal Singh Chaddha: Kareena Kapoor Khan Decks Up in a Traditional Avatar in the Latest Pictures from the Sets of the Film 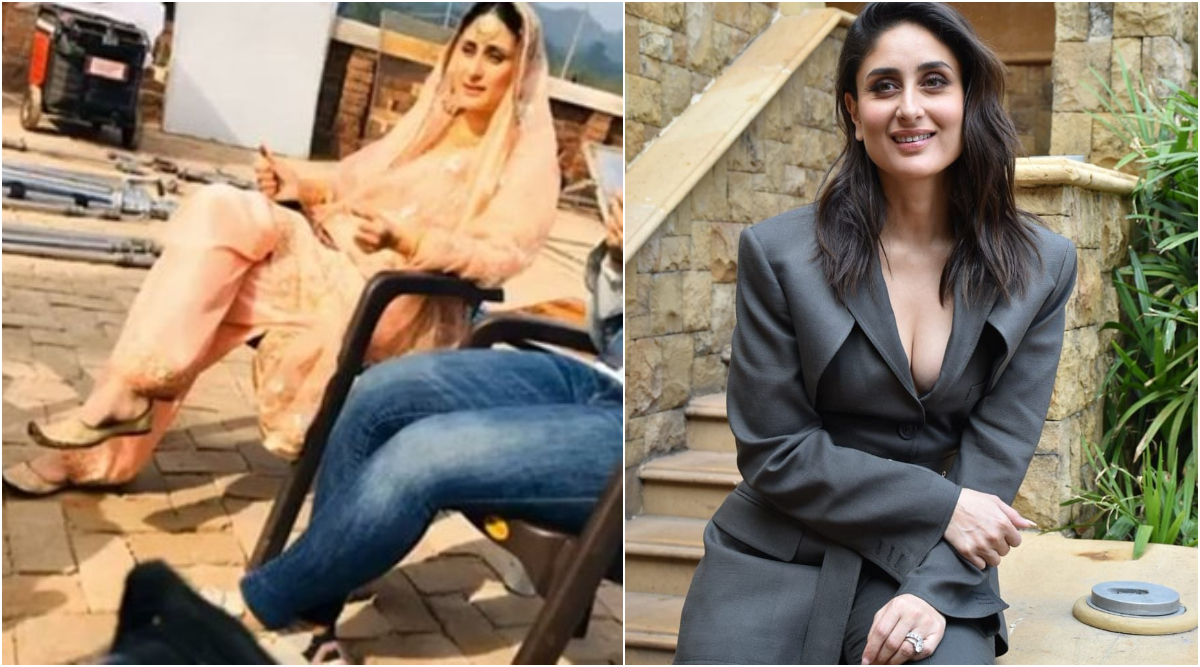 Aamir Khan and Kareena Kapoor Khan's Laal Singh Chaddha is one of the most anticipated films of the year. The film is a remake of the famed Academy Award Winning film, Forrest Gump starring Tom Hanks. The filming of Laal Singh Chaddha began a while ago and we have already seen Aamir Khan in various getups including the turbaned one and also another one featuring him with a long beard and long hair. As for the film's leading lady, Kareena Kapoor Khan has bagged the lead role and the actress is all set to star alongside Khan again after 3 Idiots and Talaash. A few new pictures from the sets of the film are here and they show Kareen Kapoor Khan in a traditional avatar. Kareena Kapoor Khan Reveals Mr Perfectionist Aamir Khan Asked Her to Audition for Laal Singh Chadha.

The new pictures surfaced online featuring Kareena Kapoor Khan show her decked up in a traditional Punjabi attire. The Good Newwz star is seen wearing salwar kameez but is all decked up with jewellery and also has mehendi on her hands. It seems the wedding scene from the film was being shot in case the Hindi remake plans to exactly follow the footsteps of the original. In Forrest Gump, the lead characters of Forrest and Jenny tie the knot. Check out the pictures here. Aamir Khan Starrer Laal Singh Chaddha to Enjoy a Christmas Release in 2020.

Kareena Kapoor Khan on the Sets of Laal Singh Chaddha:

During an interaction, when asked about the film being compared to its original, Kareena had said, "I am sure we will live up to people's expectations." Well, looking at all the prep that's going on, it sure seems like the Hindi remake is going to be no less entertaining than the Hollywood original.