Madhur Mittal, best known for playing the character Salim Malik in ‘Slumdog Millionaire’ has been booked by the Khar police for allegedly injuring and sexually assaulting his former girlfriend. Check out the full story. 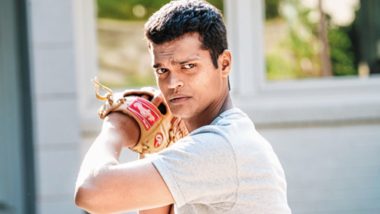 In a shocking turn of events, actor Madhur Mittal, who is best known for playing the role of Salim Malik in Slumdog Millionaire has found himself in legal trouble. As per a report in Free Press Journal, he has been booked by Mumbai's Khar police for allegedly harming and sexually assaulting his former girlfriend at her home. The report further mentions that no arrest has been made yet, as police are looking into this matter. As per police, the incident took place on 13 February 2021 where the accused barged into his ex-girlfriend's house and sexually assaulted her. Telangana Horror: 13-Year-Old Raped & Sexually Assaulted by Man for Six Months.

Reportedly, the complainant's lawyer Niranjani Shetty has claimed that Madhur met the survivor last year in December and within a fortnight of knowing each other, started to force himself on her under due to alcohol. Furthermore, the lawyer also added that she had cut all ties with him on February 11. Mumbai Doctor Booked For Sexual Assault on COVID-19 Male Patient, Accused Home Quarantined For Two Weeks.

“Madhur Mittal was livid with anger. He got into my client's room and without giving her any chance to talk, strangled her neck more than 15 times, slapped her multiple times, pulled her hair, yanked her ears and punched her under the right eye, physically lifted her and assaulted her. It was a sexual attack. She has sustained bruises and injuries all over her face, neck, chest, ribs, hands, back and ears and eyes," Shetty alleged. Brock Lesnar Gets Accused of Sexual Harassment by Former WWE Diva Terri Runnels Amid #SpeakingOut Movement.

That's not it, as per reports, Mittal also was seen at the survivor's resident on February 15, but was threatened by her lawyer. Police have registered an FIR under IPC of molestation, sexual harassment and sexual assault. FYI, Madhur Mittal is currently in Jaipur shooting for a web-series. Stay tuned!

(The above story first appeared on LatestLY on Feb 24, 2021 02:55 PM IST. For more news and updates on politics, world, sports, entertainment and lifestyle, log on to our website latestly.com).