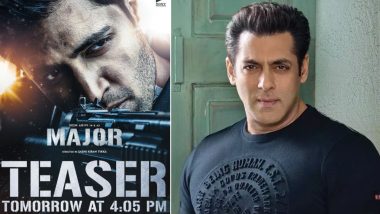 The film, directed by Sashi Kiran Tikka, and is produced by Mahesh Babu's GMB Production along with AS Productions. "Major" also stars Sobhita Dhulipala as an NRI hostage, and is set to release on July 2.

(The above story first appeared on LatestLY on Apr 12, 2021 06:47 PM IST. For more news and updates on politics, world, sports, entertainment and lifestyle, log on to our website latestly.com).