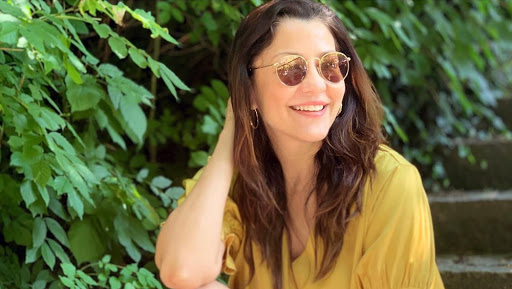 Mumbai: Actress Aditi Govitrikar features in the recreation of the song "Zindagi ki yehi reet hai" from the 1987 superhit, Mr. India. "It's the same song that was in Mr. India, which was picturised on Anil Kapoor. We have reshot the song. The experience of recreating the song was unique because it's the first time that I have acted in a song that was always a hit," Aditi said. Not Amrish Puri but Anupam Kher Was the First Choice to Play Mr India’s Iconic Antagonist Mogambo

"It was also a great experience because I had these two beautiful twin girls with me, Sky and Samar, and they were absolutely delightful. We had to do a lot of activities and we had a blast doing it. The song was shot in the beautiful location of Panchgani. Overall it was a great experience," she added. Boney Kapoor CONFIRMS ‘Mr India’ Reboot and Franchise and Curious To Know Who’ll Reprise Sridevi’s Role

The actress, who has featured in movies such as Bheja Fry 2 and 16 December, will be soon seen in Koi Jaane Na.