Priyanka Chopra Jonas Congratulates Dia Mirza And Vaibhav Rekhi On Their Wedding! Actress Says, ‘So Happy For You D’

Bollywood actress Dia Mirza and businessman Vaibhav Rekhi got married in an intimate ceremony on February 15 in Mumbai. The hush-hush wedding affair was attended by the couple’s family members and close friends. 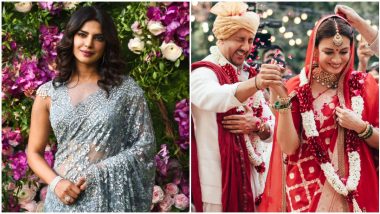 Bollywood actress Dia Mirza and businessman Vaibhav Rekhi got married in an intimate ceremony on February 15 in Mumbai. The hush-hush wedding affair was attended by the couple’s family members and close friends. The lovebirds’ marriage ceremony took place as per Hindu rituals in the garden area of the actress’ Bandra residence. Although Dia had not made any official announcement about her wedding to Vaibhav, her pictures from pre-wedding festivities that went viral on the internet created a huge stir. Ahead Of Dia Mirza And Vaibhav Rekhi’s Wedding, Shah Rukh Khan’s Manager Pooja Dadlani Welcomes Actress To The Family (View Pics).

After the wedding, Dia Mirza shared beautiful moments from her special day. While sharing the picture posts she wrote, “Love is a full-circle that we call home. And what a miracle it is to hear its knock, open the door and be found by it. May all puzzles find their missing pieces, may all hearts heal and may the miracle of love continue to unfold all around us.” Since then congratulatory messages have been poured for the newlyweds. Even global icon Priyanka Chopra Jonas has congratulated the happily married duo, Dia and Vaibhav Rekhi. Priyanka wrote, “So happy for you D!! Congratulations.” Dia Mirza Shares Unseen Photos from Her Wedding with Vaibhav Rekhi (View Pics). 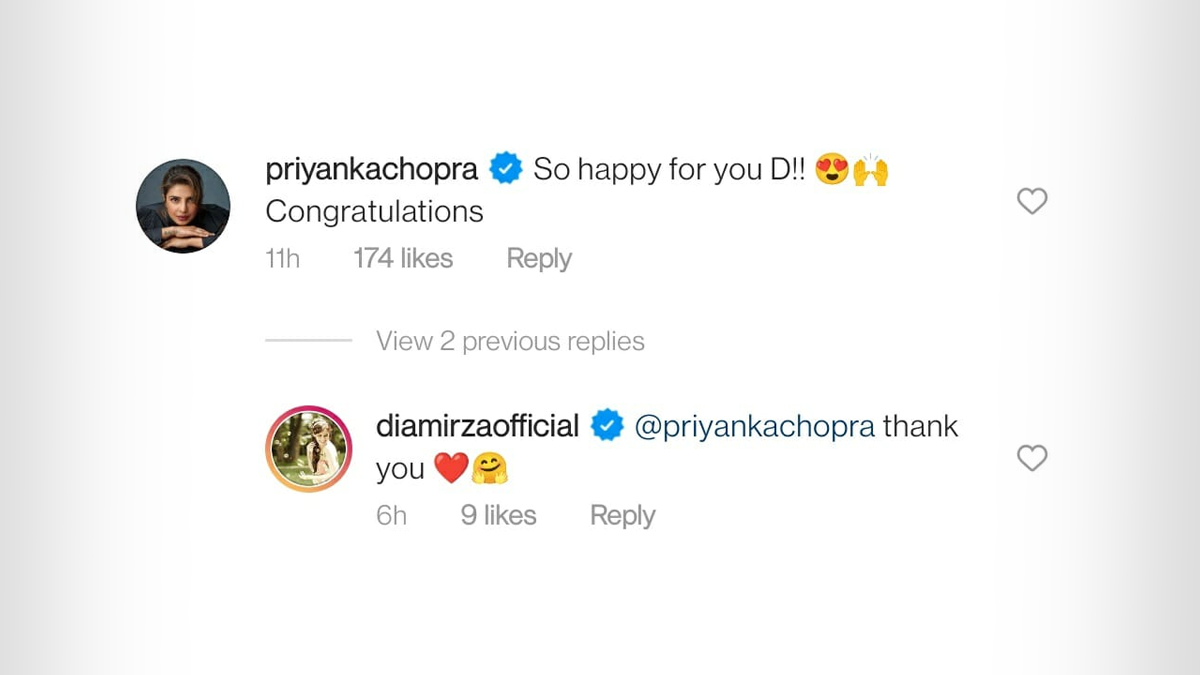 Dia Mirza was rumoured to be in a relationship with Vaibhav Rekhi since more than a year. However, the actress has remained tight-lipped about her personal life. This second marriage for both Dia and Vaibhav. The former was earlier married to Sahil Sangha and the couple got divorced in August 2019.

(The above story first appeared on LatestLY on Feb 17, 2021 10:10 AM IST. For more news and updates on politics, world, sports, entertainment and lifestyle, log on to our website latestly.com).