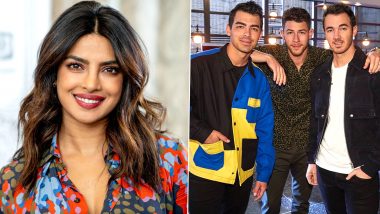 The nominations list for Billboard Music Awards 2020 has been announced with Taylor Swift and Billie Eilish leading the pack of artists up for awards. Apart from that, yet another artist to get some major nods are also Jonas Brothers. The band has managed to get four nods in Top Artist, Top Group/Duo, Top Radio Songs Artist and Top Radio Song categories. This certainly is a biggie and we bet the news had everyone at the Jonas household celebrating it big time. Priyanka Chopra too took to Instagram to share a post congratulating her husband Nick Jonas and his brothers on their Billboard nominations. Emmys 2020: Priyanka Chopra Wishes Good Luck to all the Nominees, Shares Throwback Video from the Night She Attended It.

The actress takin to Instagram shared a story with a picture of the Jonas Brothers duo and wrote, "Congratulations for your Billboard noms" along with the claps emoji. We be the actress was thrilled for her fam. As for Jonas Brothers' music, Priyanka has also featured in two of their songs, "Sucker" and "What a Man Gotta Do". The BBMAs are a big deal and we bet given the success of their new albums, the Jonas Brothers might just nick a few awards. Oscars 2021: Priyanka Chopra Jonas to Get Her First Academy Award Nomination For Ramin Bahrani's The White Tiger? 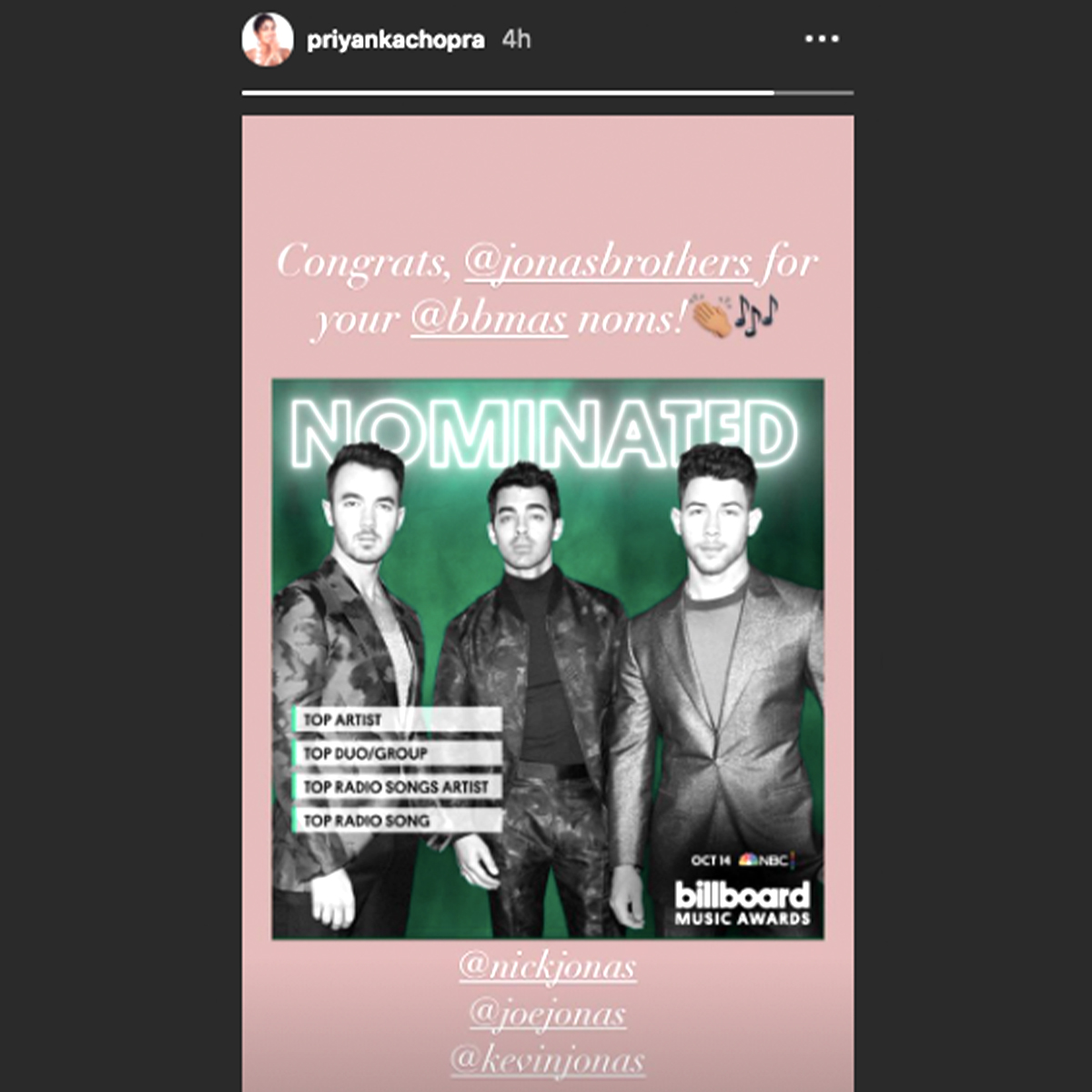 Among other nominees at the BBMAs 2020, Rapper Post Malone has scored maximum 16 nominations. Also, Billie Eilish and Khalid have each scored 12 nods. K-Pop band BTS too have received two nominations in the Social Artist and Duo/Group category. The Billboard Music Awards are all set to be held on October 15, 2020. Kelly Clarkson will return as host for the 2020 Billboard Music Awards, which will broadcast live from The Dolby Theatre in Los Angeles.

(The above story first appeared on LatestLY on Sep 23, 2020 11:04 AM IST. For more news and updates on politics, world, sports, entertainment and lifestyle, log on to our website latestly.com).