Raftaar: Acting Could Be My Retirement Plan 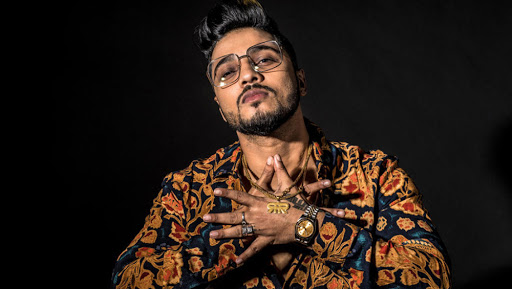 New Delhi: Known for rapping in foot-tapping numbers like "All black", "Swag mera desi" and "Toh dishoom", popular rapper Raftaar wants to currently focus on music and says he may consider working as an actor as his retirement plan. Likes of rapper Badshah have are now getting into acting, it is a career option for many, asked if he would like to try his hands in acting in Bollywood films, Raftaar told IANS: "Right now, I want to focus on music. I can maybe consider acting as my retirement plan. Some Songs Shouldn’t Be Recreated, Says ‘Sheher Ki Ladki’ Rapper Badshah

Raftaar, whose real name is Dilin Nair, released his debut mixtape WTF - Witness The Future in 2013. He first rapped in a Bollywood film in 2013 in Bullet Raja and later for films like Fugly, Dangal, Singh Is Bliing and Andhadhun. Rap music has got a whole new expression in Hindi cinema today. Does he feel that rappers getting the due credit they deserve in the country now? Rappers Like Honey Singh Should Be Banned, Says Jasbir Jassi

"Hip-hop is the hottest independent music genre in India right now. However I'd like to see standalone festivals dedicated to hip hop and not just solo showcases at the main stage of some electronic dance music (EDM) or multi-genre festival in the future," he added.  The "Dhup chik" rapper is known for working with underground rappers like Mc Heam and KR$NA among many others. Raftaar feels that "established rappers" are helping the rest.

"Indians are consuming content digitally ever more than before and streaming apps are supporting fresh talent. I can speak for myself. I have launched Kalamkaar with my long-time business partner Ankit Khanna. We wish to help carve out a niche in the business, provide a launchpad to artists we believe in who may not have multiple means pf promotions. Currently, we are working with Karma, KR$NA, Harjas, Deep Kalsi and Yunan," he said.

Raftaar finds it a social responsibility to guide emerging rappers. "We have to give back to this community of ours and hence Kalamkaar was born. Having said that our goal is to scout some of the most talented artists out there and provide them a platform so the entire nation and world can see their creative creations," he said.

Raftaar is now looking forward to judge a new show "MTV Hustle",focussing only on rap and hip-hop. He feels the show is need of the our. "Just like Bollywood initiated the movement with 'Gully Boy', I feel shows like 'Hustle' can set new benchmarks and create cult value. I hope we can launch educational institutes on rap and hip hop going forward," he added.