Rajiv Lakshman Posts Pictures With Rhea Chakraborty And Calls Her 'My Girl', Deletes Both Posts Later

The Roadies Man Rajiv Lakshman took to Instagram and Twitter to post pictures of Rhea Chakraborty as she stepped out to meet her industry friends after her ordeal in 2020. However, he soon deleted the pictures and we wonder why!! 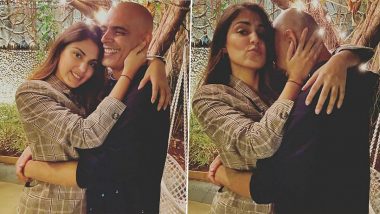 Actress Rhea Chakraborty was recently in the news for reasons other than her ex-boyfriend, late actor Sushant Singh Rajput. Rhea and her brother Showik were recently spotted in Bandra while on a house-hunting mission. Apart from that, Rhea finally made her presence felt on social media, albeit by previous Roadies mentor Rajeev Lakshman. Rhea, along with Rajiv, Anusha Dandekar, Shibani Dandekar, Farhan Akhtar and other friends attended a get together. Rhea Chakraborty And Her Brother Showik Spotted As They Step Out For House-Hunting In Mumbai (View Pics).

And for the very first time, Rhea was seen in a social media post that were not papparazi shots of the lady entering and exiting police stations, NCB office and jail. Roadies mentor Rajiv Lakshman took to social media and posted a cozy picture with Rhea and called her 'My Girl'. Rhea Chakraborty to Resume Work in 2021, Says Chehre Director Rumi Jaffrey.

Check Out the Screenshot Below: 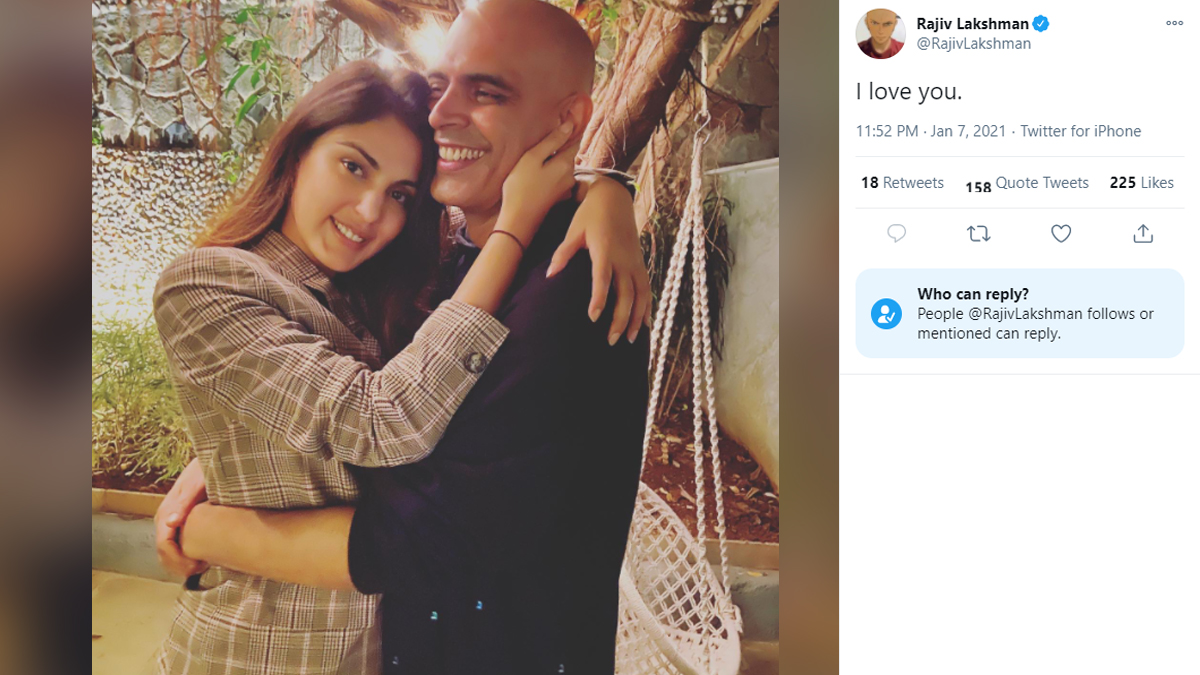 However, comments for both the accounts were disabled. As for Rhea, she did not post any picture of her attending this get-together. Her last post of Instagram still is the video that she took from her house, of journalists and media hounding her and her family while they were on their way to be questioned in Sushant Singh Rajput's suicide case.

Rhea and her family came under severe media attention and backlash after Sushant Singh Rajput died by suicide on June 14 2020. His death was investigated by multiple agencies and is still underway.

(The above story first appeared on LatestLY on Jan 08, 2021 02:53 PM IST. For more news and updates on politics, world, sports, entertainment and lifestyle, log on to our website latestly.com).