Ranbir Kapoor and Alia Bhatt Return from Their New York Holiday and No, They're Not Twinning at the Airport - View Pics 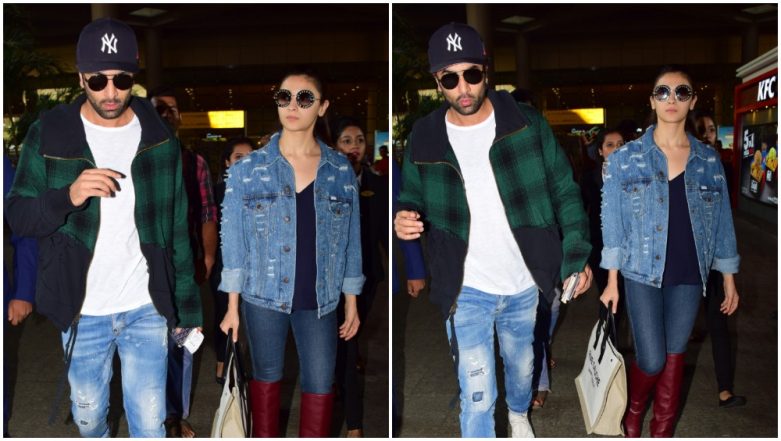 Ranbir Kapoor and Alia Bhatt had no grand plans to celebrate New Year's Eve. The couple was, in fact, chilling with his family in New York where Rishi Kapoor is currently undergoing treatment. Ranbir wanted to spend some quality time with his entire family and his ladylove was willing enough to accompany him for the same. While the duo was recently shooting for their Christmas 2019 release, Brahmastra, they decided to head to the Big Apple for a short break. Our Instagram feed was loaded with their happy pictures from the streets of New York where they happily posed with their fans. And while we wondered if their holiday will go on for a couple of weeks more, they are back in the city already. Malaika Arora-Arjun Kapoor, Alia Bhatt-Ranbir Kapoor, Anushka Sharma-Virat Kohli: B-Town Couples Who Took Over the Internet With Their PDA on Social Media in 2018. 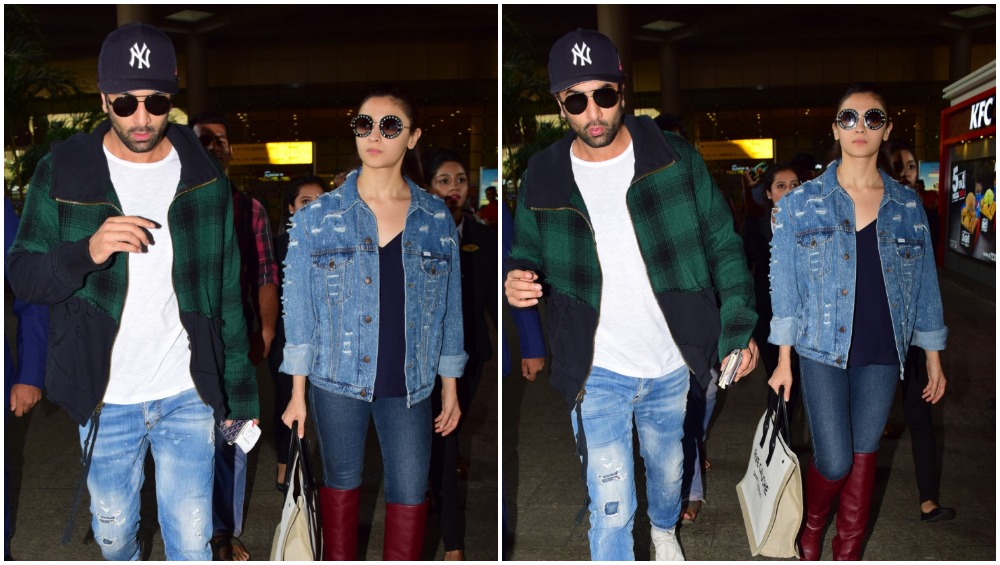 Alia and Ranbir were clicked at the airport this afternoon as they returned from NYC. Unlike other lovey-dovey couples who believe in setting couple goals through their twinning attires, 'Ralia' definitely doesn't share the same notion. While RK Jr picked a green checkered shirt with blue jeans and white shoots, Alia preferred denim on denim look with red boots. Guess the couple is not really excited about the 'twinning trend' and we thank them from the bottom of our hearts. What!! Alia Bhatt Had A Crush On Ranbir Kapoor When She Was An 11 Year Old Kid!

The Sanju actor has always been vocal about her affair and what Alia really means to him. However, she recently opened up about her equation and why that's an important thing in her life currently. In her conversation with Hindustan Times, Alia said, "It's not as if a relationship is an achievement. It is just a part - and a very important part - of my life. It's seamless as well as beautiful and should be celebrated when it has to be. Right now, it should just be left on its own and kind of kept in a corner where it can stay safe and warm." Well, what do we say now? Get married, for God's sake.