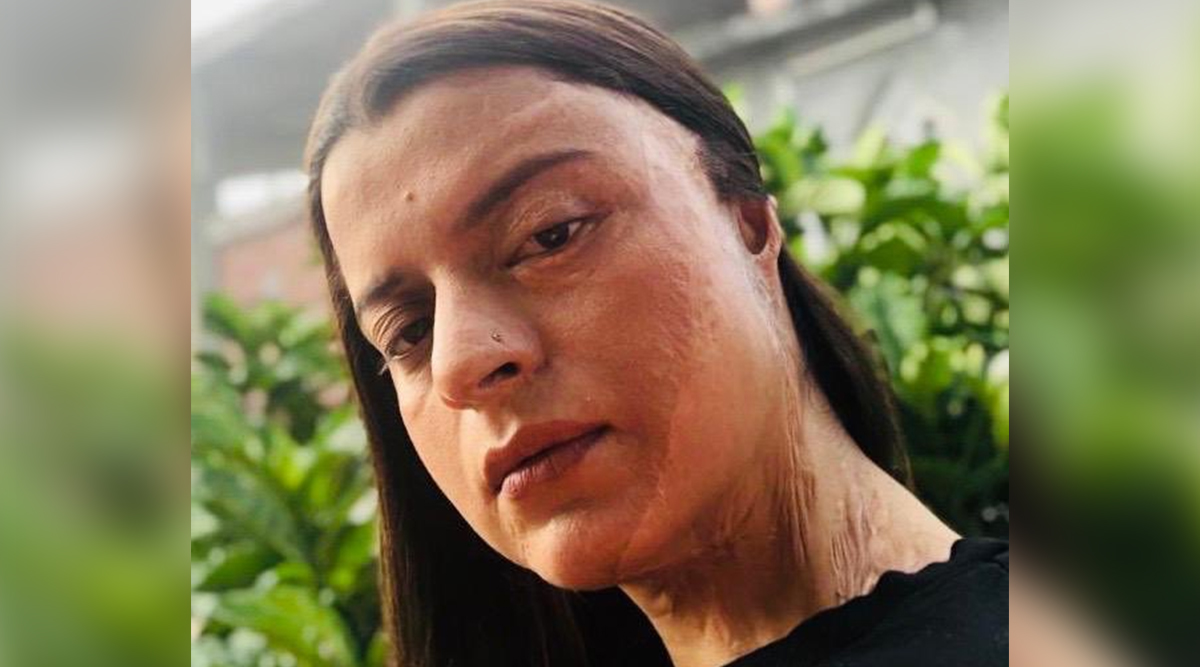 Mumbai, January 9: Acid attack is currently a topic of discussion on social media as the promotions of Deepika Padukone's Chhapaak are going on in full swing. The film directed by Meghna Gulzar is inspired by the life of acid attack survivor Laxmi Agarwal, whose character is being portrayed by the actress. Amid the ongoing discussions on Deepika and Chhapaak on Twitter, a user asked actress Kangana Ranaut's sister Rangoli Chandel, who is also an acid attack survivor, to reveal her attacker's identity.

In three separate tweets, Rangoli wrote: "My attacker's name is Avinash Sharma, he was in the same college as me, we were in the same friend circle, he proposed to me I started keeping distance I didn't share same feelings, he would tell people some day he will merry me..." Chhapaak Quick Movie Review: Deepika Padukone's Film is a Heart-Rending Watch.

Hi Arzita, my attacker’s name is Avinash Sharma, he was in the same college as me, we were in the same friend circle, he proposed to me I started keeping distance I didn’t share same feelings, he would tell people some day he will merry me...(contd) https://t.co/Z7TMTUIwuz

"When my parents got me engaged to an Air Force officer he became very persistent about marrying me when I retaliated he threatened me to throw acid on me, I brushed such threats aside and never told my parents or went to cops this was the biggest mistake of my life."

"I was sharing PG house with four girls, a young stranger came asking for me my friend vijaya said someone asking for you I opened the door, he was carrying a jug full of ....and just then in one second CHAPPAK..." As per latest figures from the National Crime Records Bureau, acid attacks have been rampant in the last decade with shocking cases being reported from different parts of the country. Topping the list are states like Uttar Pradesh, West Bengal, Delhi, Odisha and Kerala. A total of 244 acid attack cases were recorded across the country only in 2017.