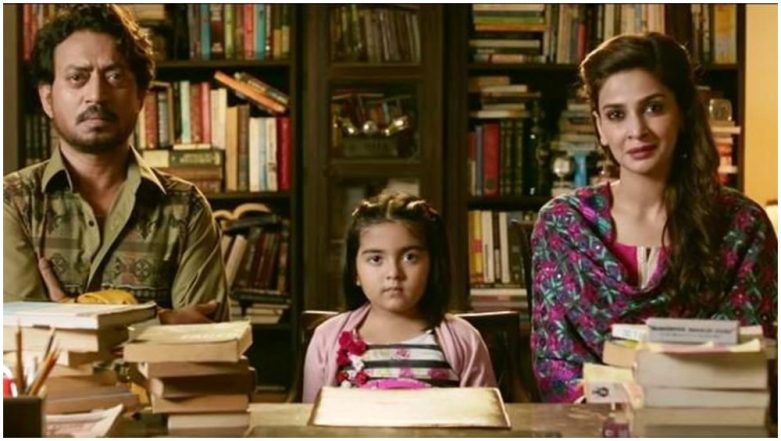 New Delhi, April 12: We might be divided by borders, landscapes, cultures or religions, but one thing that has the power to bind us all is the world of cinema.

It makes people love, laugh, cry and most importantly, strike the chord.

Indian films, for instance, are gaining huge popularity in the neighbouring countries, including China. After movies like 'PK', 'Dangal', 'Bajrangi Bhaijaan', 'Secret Superstar', the latest film being loved by the Chinese audience is 'Hindi Medium', which is a critique on the commercialisation of the education system in India.

The Irrfan Khan-Saba Qamar-starrer released in China on April 4 and in less than a week, the film raked in a whopping Rs. 150 cr. It has reportedly claimed the second highest first-day opening for an Indian film in the country following 'Secret Superstar'.

So what was it that the Chinese resonated with? According to a Chinese daily, which quoted a user on a social networking service website, "Many Chinese parents of primary school children, especially those living in first-tier cities, quickly relate to the anxious parents in the movie, who run into a lot of barriers and embarrassing situations while choosing schools for their girl."

As per the Global Times, the film's title is translated as 'Qipaoxian' in Chinese, or 'Starting Line' - a term often used by Chinese parents in the phrase "don't let the kids lose at the starting line" when talking about the importance of children's elementary education. This reminds us of the catchphrase of the recent years- 'tiger parenting'. It refers to demanding parents, who push their children to excel academically and gain vast knowledge and various skills.

A research published in the Asian American Journal of Psychology says, strict and emotionally unsupportive 'tiger parenting' is not the formula for high-achieving child prodigies. Hence, the success stories of these Indian films, which focus on social issues, suggest that they make it easier for the Chinese audiences to identify with them.